Cameron Riley Monaghan is a Hollywood actor based in America. He started his career in media at a very young age with his appearance in different commercials and fashion magazines. With his mother always encouraging him, he has worked hard and became successful in the industry.

Cameron was born to a single parent, mother Diane Monaghan, in Santa Monica of California, the United States, on the 16th of August 1993. His mother worked as an insurance claim agent to support her family. But Cam did not grow up in Santa Monica as they moved to Florida as soon as he was born.

His mother figured out that Cameron may have the potential to work in the glamour world and believed that he would do an excellent job as a model, and thus she started to apply to different media agencies and got Cam’s portfolio made at a young age. He again moved to Los Angeles when he turned 10.

Cameron attended the Addison Mizner Elementary Schooling to complete his schooling, and he also went to various theatre productions to amplify his skills as an actor. He was already doing various magazine shoots by then, so he also went to learn other extracurriculars that would help him later in his career. He learned horse riding, music, and musical instruments too. Cameron did not attend college as he was focused on his career as an actor, and he learned subjects related to it.

Cameron first started dating Sadie Newman, who is a British model, but the couple broke up soon after. Then he dated actress Ruby Modine for a brief period of time. Cam is currently dating another actress, namely Peyton List, after his split with former girlfriend Ruby.

Cameron Monaghan has dated only women to date and is reportedly very much straight. Even though he is very much straight, he supports the gay community unconditionally, which the LGBTQ+ people really appreciate Cameron for.

Cameron debuted at a very young age of 9 when he worked on an independent film, “The Wishing Stone.” Later he debuted on TV with ” The Music Man.” He got his first break and received a lot of appreciation from the audience when he worked in the series “Malcolm in the middle.” He worked throughout his teen life and appeared on various series like ” Criminal Minds, Monk, The Mentalist” and “Three Rivers.”

He garnered international fame and appreciation from his essential role in the series ” Shameless.” He also appeared in various other significant movies like “Vampire Academy, The Mall, The Awakening” and “Giver.” He also appeared in NBC’s popular crime series, namely Law & Order: Special Victims Unit, where he played the character of Eddie Sandow, a 19-year-old. He worked as a co-star with Corey Doyle for Prom, which is a teen drama by Disney Productions in the year 2011.

He was nominated for the Young Artist Award consecutively for three years in 2004 for The Music Man, in 2005 for Malcolm in the Middle, which he won, in 2006 for Ned’s Declassified School Survival Guide, and then again in 2012 for Rizzoli and Isles. He also bagged the Teen choice awards for his role that he played in Gotham in the year 2019. He was nominated for the Critic’s Choice Television Awards for his appearance in the series Shameless in the year 2015.

Net Worth, Salary & Earnings of Cameron Monaghan in 2021

Cameron Monaghan is a successful Hollywood actor who has already achieved a lot in his young age, he has appeared in several successful series and movies, and remuneration from all these makes his net worth around a whopping amount of $6 million as of 2021.

Cameron Monaghan has achieved so much at a young age and is already worth $6 million which speaks for itself that he is really good at his job, and his mother knew it well, which helped him grow and become the successful actor that he is today. He is really an inspiration and example of talent for a lot of people around the world. 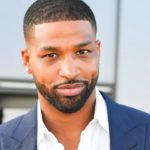 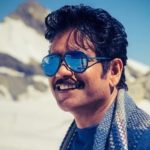