What is Medical Marijuana?

The term medical marijuana refers to using the whole, unprocessed marijuana plant or its basic extracts to treat symptoms of illness and other conditions. The U.S. Food and Drug Administration (FDA) has not recognized or approved the marijuana plant as medicine.

Because the marijuana plant contains chemicals that may help treat a range of illnesses and symptoms, many people argue that it should be legal for medical purposes. In fact, a growing number of states have legalized marijuana for medical use.

Why Is Not The Marijuana Plant An FDA-Approved Medicine?

The FDA requires carefully conducted studies (clinical trials) in hundreds to thousands of human subjects to determine the benefits and risks of a possible medication. So far, researchers have not conducted enough large-scale clinical trials that show that the benefits of the marijuana plant (as opposed to its cannabinoid ingredients) outweigh its risks in patients it is meant to treat.

Some studies have suggested that medical marijuana legalization might be associated with decreased prescription opioid use and overdose deaths, but researchers do not have enough evidence yet to confirm this finding. For example, one study found that Medicare Part D prescriptions filled for all opioids decreased in states with medical marijuana laws.

Additionally, some data suggests that medical marijuana treatment may reduce the opioid dose prescribed for pain patients, while another recent NIH-funded study suggests that cannabis use appears to increase the risk of developing and opioid use disorder. NIDA is funding additional studies to determine the link between medical marijuana use and the use or misuse of opioids for specific types of pain, and also its possible role for treatment of opioid use disorder.

Cannabinoids are chemicals related to delta-9-tetrahydrocannabinol (THC), marijuana’s main mind-altering ingredient that makes people “high.” The marijuana plant contains more than 100 cannabinoids. Scientists, as well as illegal manufacturers, have produced many cannabinoids in the lab. Some of these cannabinoids are extremely powerful and have led to serious health effects when misused.

Are People With Health- and Age-Related Problems More Vulnerable To Marijuana’s Risks?

State-approved medicinal use of marijuana is a fairly new practice. For that reason, marijuana’s effects on people who are weakened because of age or illness are still relatively unknown. Older people and those suffering from diseases such as cancer or AIDS could be more vulnerable to the drug’s harmful effects, but more research is needed.

Currently, the two main cannabinoids from the marijuana plant that are of medical interest are THC and CBD.

THC can increase appetite and reduce nausea. THC may also decrease pain, inflammation (swelling and redness), and muscle control problems. Unlike THC, CBD is a cannabinoid that doesn’t make people “high.” These drugs aren’t popular for recreational use because they aren’t intoxicating. It may be useful in reducing pain and inflammation, controlling epileptic seizures, and possibly even treating mental illness and addictions. Many researchers, including those funded by the National Institutes of Health (NIH), are continuing to explore the possible uses of THC, CBD, and other cannabinoids for medical treatment.

For instance, recent animal studies have shown that marijuana extracts may help kill certain cancer cells and reduce the size of others. Evidence from one cell culture study with rodents suggests that purified extracts from whole-plant marijuana can slow the growth of cancer cells from one of the most serious types of brain tumors. Research in mice showed that treatment with purified extracts of THC and CBD, when used with radiation, increased the cancer-killing effects of the radiation.

Scientists are also conducting preclinical and clinical trials with marijuana and its extracts to treat symptoms of illness and other conditions, such as:

Using Medical Marijuana During and After Pregnancy

Some women report using marijuana to treat severe nausea they have during pregnancy. But there is no research that shows that this practice is safe, and doctors generally don’t recommend it.

Pregnant women should not use medical marijuana without first checking with their health care provider. Animal studies have shown that moderate amounts of THC given to pregnant or nursing women could have long-lasting effects on the child, including abnormal patterns of social interactions11 and learning issues.

What Are The Medical Benefits Of Marijuana?

Over the years, research has yielded results to suggest that marijuana may be of benefit in the treatment of some conditions. These are listed below.

Last year, a large review from the National Academies of Sciences, Engineering, and Medicine assessed more than 10,000 scientific studies on the medical benefits and adverse effects of marijuana.

One area that the report looked closely at was the use of medical marijuana to treat chronic pain. Chronic pain is a leading cause of disability, affecting more than 25 million adults in the U.S.

The review found that marijuana, or products containing cannabinoids which are the active ingredients in marijuana, or other compounds that act on the same receptors in the brain as marijuana is effective at relieving chronic pain.

Another comprehensive review of the evidence, published last year in the journal Clinical Psychology Review, revealed that using marijuana may help people with alcohol or opioid dependencies to fight their addictions.

But this finding may be contentious; the National Academies of Sciences review suggests that marijuana use actually drives increased risk for abusing, and becoming dependent on, other substances.

Also, the more that someone uses marijuana, the more likely they are to develop a problem with using marijuana. Individuals who began using the drug at a young age are also known to be at increased risk of developing a problem with marijuana use.

The review published in Clinical Psychology Review assessed all published scientific literature that investigated the use of marijuana to treat symptoms of mental illness.

Evidence to date suggests that marijuana could help to treat some mental health conditions. Its authors found some evidence supporting the use of marijuana to relieve depression and post-traumatic stress disorder symptoms.

That being said, they caution that marijuana is not an appropriate treatment for some other mental health conditions, such as bipolar disorder and psychosis.

Evidence suggests that oral cannabinoids are effective against nausea and vomiting caused by chemotherapy, and some small studies have found that smoked marijuana may also help to alleviate these symptoms.

Some studies on cancer cells suggest that cannabinoids may either slow down the growth of or kill some types of cancer. However, early studies that tested this hypothesis in humans revealed that although cannabinoids are a safe treatment, they are not effective at controlling or curing cancer.

The short-term use of oral cannabinoids may improve symptoms of spasticity among people with multiple sclerosis, but the positive effects have been found to be modest.

In June 2018, the Food and Drug Administration (FDA) approved the use of a medication containing cannabidiol (CBD) to treat two rare, severe, and specific types of epilepsy — called Lennox-Gastaut syndrome and Dravet syndrome — that are difficult to control with other types of medication. This CBD-based drug is known as Epidiolex.

CBD is one of many substances that occurs in cannabis. It is not psychoactive. The drug for treating these conditions involves a purified form of CBD. The approval was based on the findings of the research and clinical trials.

A study published in 2017 found that the use of CBD resulted in far fewer seizures among children with Dravet syndrome, compared with a placebo.

Dravet syndrome seizures are prolonged, repetitive, and potentially lethal. In fact, 1 in 5 children with Dravet syndrome does not reach the age of 20 years.

In the study, 120 children and teenagers with Dravet syndrome, all of whom were aged between 2 and 18, were randomly assigned to receive an oral CBD solution or a placebo for 14 weeks, along with their usual medication.

Currently, the two main cannabinoids from the marijuana plant that are of interest for medical treatment are THC and cannabidiol (CBD).
The body also produces its own cannabinoid chemicals.
Scientists are conducting preclinical and clinical trials with marijuana and its extracts to treat symptoms of illness and other conditions. 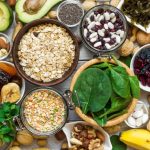 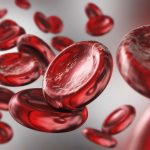