Caroline Wozniacki is a Danish professional tennis player who is also a former number one in the singles competition. She is also known for being a two-time finalist at the US Open in 2009 and 2014. Furthermore, according to Forbes magazine, she was ranked second on the list of highest-earning female athletes in the world.

Wozniacki was born in Odense, Denmark, and is of Polish descent and is also a Polish Catholic. Her parents are Piotr Wozniacki and Anna Wozniacki, her brother being Patrik Wozniacki. Her whole family is surprisingly comprised of athletes. Her father played professional football, her mother was on the Polish Women’s National Volleyball team and her brother is also a former professional footballer in Denmark.

There is no known information about the educational background of Wozniacki.

From 2011 to 2014, she was in a relationship with Northern Irish professional golfer, Rory McIIroy, but they broke the engagement on 21st May, 2014. It was later announce that McIIroy broke the engagement in a phone call. On 14th February 2017, she revealed her relationship with former NBA basketball player, David Lee. They got engaged on 2nd November 2017 and married on 16th June 2019. On 10th February 2021, she announced that she was expecting her first child in June.

No, Caroline is not gay.

Caroline was always a competitive person ever since she was a child. This should be partly because she came from a family filled with professional athletes. When she was 7, she began playing tennis and by the time she was 9, she was beating her father and her brother. She started her professional career on the WTA tour when she was 15 years old. One year later, she made it to the junior singles finals at the Australian Open, the junior doubles final at Roland Garros and won the junior singles title at the Wimbledon of 2006.

2006 was quite an exciting year for her, she also won her first pro tournament, an ITF event, and made the quarterfinals at two other WTA events. Wozniacki played her first full season on tour in 2007, cracking the Top 100 for the first time, and finished the year as number 64. She won the first three tour titles of her career in 2008 and finished the season as number 12. She added three more titles in her trophy case in 2009, made the fourth round of Wimbledon and the final of the US Open, she ranked as number 4 in that year.

Before her, no Danish player, both male and female had ever been in the top 30 rankings. Wozniacki had a number of amazing seasons in the years that followed from 2010 all the way until 2014. She won the Malaysian Open in 2015 and in 2016, she was Denmark’s flag bearer at the Rio Olympic Games and earned her 25th WTA title at the Hong Kong Tennis Open. In January 2018, she became a Grand Slam champion after winning the Australian Open.

After the win, she returned to the number one spot after six years and became the fourth player in WTA history to surpass $30 Million in career prize earnings. In support of a children’s charity team for Kids, she completed the New York City Marathon in 2014. Apart from tennis, she also enjoys other sports like soccer, boxing, football and baseball. At 28, Caroline has accomplished what many athletes only dream of; having won 30 WTA singles titles and holding the number one spot three different times for a total of 71 weeks.

Net Worth, Salary & Earnings of Caroline Wozniacki in ’2021’

Caroline Wozniacki had had an incredible and successful career as a professional tennis player so far. She has won a couple of titles which in return, has earned her quite a lot of money. Up to date, her career prize money wins have totaled $33 Million and her estimated net worth is $60 Million as of 2021.

Caroline Wozniacki is a tremendous athlete with the potential of being the best female tennis player. She has proved how good she is with her tremendous footwork and unbeatable defensive skills. We look forward to her games in the future and wish her all the best in her future endeavors. 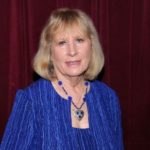 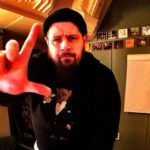