Cassandra Lynn Scerbo is an American singer, dancer, and actor. She was a member of “slumber party girls” an all-girl pop band in the CBS series Dance Revolution. She has also featured in the film “bring it on: in it to win” as Brooke in 2007. She is also famously known for starring in the ABC family comedy-drama series “make it or break it” as Lauren Tanner in 2009-2012.

Scerbo was born as Cassandra Lynn Scerbo in Long Island, New York, on March 30, 1990. She grew up in Parkland, Florida together with her younger sister Alaina Scerbo in Italian ancestry. She was involved in sports and played soccer at the Parkland soccer club and still loved to sing and dance as well. For some reason, Cassie talks about her sister but doesn’t mention anything about her parents including their names and occupation.

She attended Marjory Stoneman Douglas High School in Parkland. There is however no information on whether Cassie attended college or not. After which in 2006 she auditioned at the music girl group ‘slumber party girls’ and was chosen to be in the five-member group amongst the large number that had turned out.

Cassie has been in and out of relationships with several men. It would therefore be assumed that she is not a lesbian. Although we may not be so sure if her status has changed after her last relationship ended.

Scerbo’s journey started in 2006 when she auditioned for the girl band Slumber party girls and was selected amidst the thousands that had turned up. The group started the “dance revolution” a music variety series that focused on children’s fitness and nutrition. The debuted album did not have a good reception therefore the series was not renewed for a second season. In 2007 Cassie confirmed going solo and signed a contract with Geffen records. In 2008 her original songs “Top of the world”,” Betcha don’t know” and “Sugar and spice” were released on iTunes.

Cassie featured in the direct to DVD comedy film named “soccer mum” in 2008. Then things were looking bright for her for in 2009 she also secured a role in the ABC Family teen drama series “make it or break it” as a skilled gymnast named Lauren Tanner. The series was such a huge success that it had 2.5 million viewers when it premiered. As a result of the success, ABC made some10 additional episodes which in total became 20 episodes for the first season.

Then in May 2012, ABC aired the season finale of the drama-comedy series ‘united stakes’. In 2011 Cassie starred as Queen Bee in an ABC original film “Teen Spirit” which was filmed in Wilmington, North Carolina. She has since then appeared in several other films such as not another teen movie, a holiday heist, soccer mom, not today, high and bearing sea beast.

Cassie starred as a bartender Nova Clarke in the Syfy original film “sharknado” in the year 2013.  Then in 2015, she started again in the third season of “sharknado: oh hell no” and in 2017 “Sharknado 5 global swarming”. Finally, she also starred in the last season of “the last sharknado: it’s about time” in 2018.Cassie has also me an appearance some episodes of CSI Miami, baby daddy, and hot in Cleveland.

Cassie may not have scooped many awards in her career, but we can celebrate the fact that she is a great actor, singer, dancer who has worked tirelessly to be the best she can be. With determination and hard work, we can foresee great accomplishments in the future. However, we may not overrule the fact that she was nominated for a 2014 people’s choice award for her role in Sharknado.

Net Worth, Salary & Earnings of Cassie Scerbo in 2021

Cassie started off as a singer in a band before going solo.  She also is an actor who has appeared in films and series. She is also a very talented dancer all of which gives her a substantial amount that contributes to her overall net worth. Her primary source of income remains as a TV actress. As of 2021, She is estimated to have a net worth of $2 million.

Cassie Scerbo is considered to be a talented, admirable, and determined woman who has achieved so much in her earlier years. She has built her name and has gained prominence all over the world. She commands a huge following on social media and the numbers are still rising inspiring many people through her public portal. 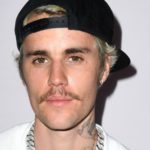 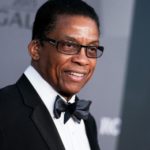