Catherine Zeta-Jones is a Welsh actress and voiceover artist who started acting at a young age and was cast in the productions of musicals Annie and Bugsy Malone. Over the years, she has worked in movies like America’s Sweethearts, Traffic, The Mask of Zorro, Sinbad: Legend of the Seven Seas, Entrapment, Ocean’s Twelve, Rock of Ages, Death Defying Acts, The Terminal, The Haunting, Chicago, No Reservations, Cocaine Godmother, and The Phantom.

Jones went to Dumbarton House School in Swansea. Due to her interest in acting, she didn’t obtain her O-levels.

Catherine then enrolled herself into Arts Educational Schools in Chiswick, London to do a course in Musical Theatre.

She is signed to –

She has Welsh ancestry on her father’s side while she is of Welsh and Irish descent on his mother’s side.

Catherine has appeared in numerous TV commercials. Some of them are –

She has also appeared in couple of print ads for VoiceStream Wireless, Elizabeth Arden, T-Mobile, etc.

Catherine debuted with French-Italian fantasy film Les 1001 nuits for her role as Scheherazade.

From 1991 to 1993, Jones played the role as Mariette in the ITV comedy drama series The Darling Buds of May.

She loves exercising. But, she doesn’t employ a personal trainer to meet her fitness needs. In Westchester, she also has a private home-based gym where she spends at least 45 minutes to do the workout.

She never skips even a single day to spend time in the gym.

She brings variation in her workouts by doing swimming, whenever she can. It is a good fat burning cardio workout. Though, she stopped swimming later. But, she plays golf in which she walks at least a couple of miles in a session.

Hula hoop dancing workout also remains in her to-do list. She does it for 20 minutes a day.

Overall, the workout helps Catherine relieve her mood and increase her fitness levels, at the same time. 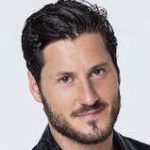 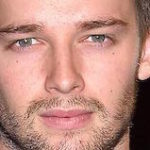