Menu
Menu
Search
Why are celebrities beginning to speak out? (source: NBS new)

More and more people are sharing about their experiences with mental health problems. Although it was a stigma in the past, it is now common to see even celebrities talking openly about their mental health conditions. However, many people have now begun to wonder whether all of this is just an act that they are putting up in order to gain more fame and the title of being “influencers”. Because if we think about it, it is true to some extent that more celebrities than ever before have started to speak out. In fact it seems, rather than non-celebrities, it is celebrities who seem to be suffering and speaking out more. But could this also mean that growing fame causes mental health problems? What is the real deal? Are celebrities just putting up a show and is this just a new craze? Well, let’s discuss a bit.

Who are some notable celebrities that have opened up about their mental health conditions?

Some of the many celebrities who have spoken up about their mental health conditions include:

What are the factors that are known to contribute to mental health disorders?

According to medical research, factors which contribute to mental health disorders include:

Is it really fame that causes mental health problems?

What factors? You may ask. Well, to begin, celebrities are never able to enjoy a “normal life”. Their every step, every move is being watched, supervised and photographed. With the immense pressure of being an idol to millions around the globe, many times, they are unable to live life according to their own rules. This many times also interferes with their personal relationships which may suffer grave consequences as a result. This in turn leads to loneliness

There is also always a pressure of having to stay relevant and having hefty piles of expectations to live up to. Everyone’s time in the spotlight comes, but the troubles begin when people begin to forget them and they no longer seem relevant. Celebrities are constantly under the pressure of having to do something bigger, better. This can lead to a major blow to their self-esteem while making celebrities more anxious than ever. And with so much anxiety, it is rather difficult to refrain from substance abuse. So you see, it can be a chain of reactions leading to the growing amount of mental disorders today.

Social media is another important factor that has added to the burden, especially when it comes to celebrities. People today can easily leave mean comments and snide remarks. With so much negativity, it definitely can get difficult to cultivate positive thoughts and positive vibes.

How has celebrities speaking up helped others who are suffering from mental health conditions?

Celebrities speaking up about their mental health conditions have greatly encouraged everyone to seek help. Because of this, the stigma surrounding mental health problems are fading away day by day. Fans of celebrities have formed social circles where they are able to talk to each other about their problems. It is not a fad; it is merely celebrities showing us a more humane part of themselves, which they have been burying for so long. In this light, celebrities speaking up about their problems just works to remind us that we are all human, that we all need help from time to time and we should never be afraid to ask for help if ever need be. 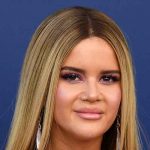 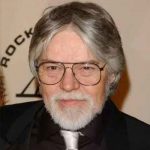