Chad Tepper was born in Meritt Island, Florida, the USA, on May 7, 1992. Chad is an American but has Caucasian ethnicity. He has been to Meritt High School along with his younger brother Randy and older brother Lonny Tepper. He started gaining fame when he started his self-named YouTube channel in 2013. Prior to that, he was a professional skateboarder. He joined a group called Team 10 on YouTube soon after started gaining fame. Currently, he is living in Los Angeles, USA.

Chad Tepper has been to Meritt High School, situated in his hometown Meritt Island in Florida. No further information has been acquired about his higher education.

Chad Tepper is currently residing in LA, the USA, for his professional career. He lived with his family in his hometown Florida before moving out to LA. Nothing much is known about his family apart from his older brother Lonny and younger brother Randy Tepper.

Chad has been married to Allison, who is a TV reality show personality. The couple had together appeared on the MTV show True Life in 2011 and Young and Married in 2012. Soon after graduating from high school, they got married to each other and moved to New York. They both could not keep up with their personal lives with their professional careers, leading to their divorce in 2014.

A few years later, he started dating an Instagram Fame, Sara Salinas, and they’ve been dating for a while now. He posts videos on YouTube playing pranks and spending time with his present girlfriend. It is known from one of his YouTube videos that his father died in 2018.

No, Chad Tepper is not gay. He has been married to Allison Tepper and is presently dating Sara Salinas, proving he is not gay, and that his sexual orientation is straight.

Chad Tepper started his own YouTube channel in the year 2013 when he started gaining fame. He has been a part of a group on YouTube named Team 10. Tepper is famous for pranks, blogs, music covers, stand-up comedy, reality shows. He regularly posts stunts and videos on his channel. Some of his favorite videos are ‘Jake Paulo teased me twice,’ ‘Got verified on Instagram Snowboard Trip,’ and his music videos, to name a few. He is known for his role in ‘Hollywood Cycle,’ which is an E! Network reality series.

Before Hollywood Cycle, he has worked in TV reality shows like ‘Ink Master.’ Before he got divorced from his ex-wife Allison, he has worked in TV documentary shows like Young and Married and True Life in 2011 and 2012, respectively. He was critically acclaimed for his role in the Swish drama film ‘Girls Lost’ directed by Alexandra Theresa Keening, in 2015.

Chad Tepper has been to many award shows and has also been nominated but has not bagged any award as of yet.

Net Worth, Salary & Earnings of Chad Tepper in 2021

As of 2021, Chad Tepper’s net worth is around $500 Thousand. Nothing is known about his salaries and earnings. His main source of income is YouTube and paid promotions of various brands.

29-year-old Chad Tepper is a fun person who creates fun and amazing content. He has been entertaining his followers through his humorous videos on YouTube and Instagram. 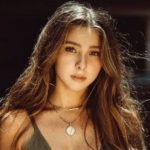 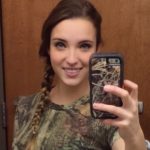