Charles Barkley is a popular American former professional basketball player and television analyst. He is considered to be of the National Basketball Association’s greatest and most dominant power forwards of all time. He is an 11-time member of the All-NBA Team and a member of the 1992 and 1996 United States men’s basketball team that won the Olympics.

Charles Barkley, whose full name is Charles Wade Barkley, was born on the 20th of February 1963 in Leeds, Alabama, U.S. to parents, Frank Barkley and Charcey Glenn. Coming to his siblings, he has a brother, Darryl Barkley, and a half-brother, John Glenn. He didn’t have the best of times growing up as his father abandoned the family when he was still very young. His mother later remarried but his stepfather died when he was 11 years old. He had another half-brother, Rennie but he died in infancy itself.

Charles Barkley received his high school education from Leeds High School. During his time at school, he played basketball as a member of his high school team. In his senior year, he averaged 19.1 points and 17.9 rebounds per game.  He then studied at Auburn University, from where he earned his majors in business management in 1984.

Charles Barkley married Maureen Blumhardt in 1989 and the two have been together ever since. The couple has a daughter named Christiana Barkley. Coming to the other aspects of his personal life, he was sentenced to ten days in jail and fined $2,000 in 2009 for incidents relating to DUI.

Charles Barkley is straight when it comes to his sexual orientation and is neither gay nor bisexual. He has been married to Maureen Blumhardt since 1989 with whom he shares a daughter. Going by his relationship history, it’s clear that he is straight. However, it’s worth being mentioned here that he is very respectful towards the LGBTQ community.

Charles Barkley began his NBA career with the Philadelphia 76ers in 1984. His last season for the team was the 1991-92 season and he gave several amazing performances during this time. He averaged 23 points per game in the 1986-87 season, and as a result, he was named in the NBA All-Star game. The following season would prove to be his career-best, where he averaged 28.3 points per game.

He earned All-NBA and All-Star honors in all four seasons. He was traded to the Houston Rockets in the 1996–97 season and he played for the team for the following three seasons. In his first game for the team, he delivered a career-high 33 rebounds. His last NBA season was the 1999-00 season, where he averaged 14.5 points per game.

He was also a member of the 1992 and 1996 United States men’s basketball team that won the Olympics. In fact, he even led the team in scoring, rebounds, and field goal at the 1996 Atlanta Summer Olympic Games. He has been working as a television analyst since 2000 after retiring from the game.

His autobiography, “Outrageous” was released in 1992, and in 2002, he released the memoir “I May Be Wrong but I Doubt It” which became a bestseller soon after its release. As an actor, he has worked in the popular film “Space Jam” and in the 8th season of the popular sitcom, “Modern Family”. As a voice actor, he has worked in “Clerks: The Animated Series” and “We Bare Bears”.

Net Worth, Salary & Earnings of Charles Barkley in 2021

Charles Barkley has a net worth of $60 Million as of 2021. He has garnered most of his earnings from his career as a basketball player and television analyst. He is involved in gambling as well which has contributed to his net worth too.

Charles Barkley is without a doubt one of the greatest basketball players of all time and the records show that. With that being said, we wish him the best of luck in his future endeavors and thanks for the amazing sporting moments he has given us over the years. 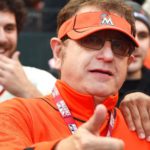 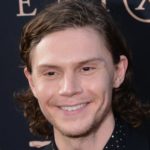