Charles Otto Puth Jr. Is an American based singer and songwriter. He has produced some unbeaten records over the years. He has earned a huge fan base all around the world by his voice. He came into the limelight after his YouTube video went viral. He was fortunate enough to get the opportunity to perform on The Ellen DeGeneres Show and that was a game-changer for him.

From there on, He started contributing to songs. He used to collab with other singers and eventually released his first-ever solo album. His album set records in the US. His song “See You Again” set the billboard on fire, and it peaked everywhere.

On December 2, 1991, Puth was born to Debra Puth and Charles Puth in Rumson, New Jersey. His father was professionally a music teacher while his mother was into real estate. When he was just two, he met with a fatal accident where a dog bit his eyebrow which permanently left a significant scar on his right eyebrow. His mother was very supportive, and she was the one who identified his talent and passion for music and that’s when she started teaching him the piano at the age of 4.

Like everyone else, Puth was very weak in studies and he did not enjoy going to school. He went to Holy Cross School in Rumson. Later on, he changed his school and attended Forrestdale Middle School. It was in 2010 when he eventually graduated from Rumson-Fair Haven Regional High School. He was into music from a very young age and hence he wanted to pursue music production and engineering which he did at Berklee college of music in the year 2013. While he was studying, music was his stress buster. He created a YouTube channel while he was in college where he would post his singing videos.

Growing up was a difficult task for Charlie Puth. He was often bullied at school. In an interview, he revealed that the fellow students would team up against him and beat him up. They would punch him on his face and kick him inappropriately. On Air with Ryan Seacrest, he stated that he had suffered a nervous breakdown.

It was tough for him. While he was getting famous, he was missing his privacy. Puth had some good and supportive friends as well. While he was facing all the stuff, his friends stood by his side. He was highly influenced by Justin Bieber’s viral video and had believed that his video can go viral too. He knew the power of social media. He is currently dating Charlotte Lawrence.

Charlie Puth had many relations over the years. All of his relationships were with females and hence proving that he is not gay. He is straight and likes females. He is also dating his long time girlfriend Charlotte Lawerence.

It has been a roller coaster ride for him. He touched the highs and kissed the lows with pride. When he was just 12, he was hired by a music production company. He had a brilliant mind, he would go door to door to sell his “Have a Merry Charlie Christmas album when he was in sixth grade, and he made a whopping $600 via sales.

In 2009, he started his YouTube channel where he initially posted prank videos and sometimes acoustic covers. He would post his songs on YouTube. In 2011, he was recognized by Perez Hilton and won an online video competition which boosted his confidence. Then he started streaming his shows online and managed to generate some money from there. In 2015, Puth released a song called “ Marvin Gaye” which was a hit.

The song was a hit and topped in many countries. In the same year, He was featured with Wiz Khalifa in “See You Again” and that song changed his life overnight. It went like a rocket after its release. The song has over 3 Billion plus hits on YouTube. Over the years, he has released various hits such as “Attention” and many more. Puth is considered to be one of the best American singer in history for his voice and amazing work.

Net Worth, Salary & Earnings of Charlie Puth in 2021

Charles Otto Puth Jr. Is a very popular singer in the US. His main source of income is by producing music. He has been successful enough to have topped the billboard for many years. As of 2021, Puth has a whopping net worth of $12 million. He has wisely invested his wealth in the stock market and real estate as well. Although he has such a whopping wealth he lives a very normal and sober lifestyle.

There are so many interesting facts about Charlie Puth.

His song “We don’t talk anymore” featuring Selena Gomez has over 2.5 Billion hits on YouTube.

His work in “See You Again” alongside Wiz Khalifa as a tribute to Late Paul Walker has over 4.8 Billion hits on YouTube.

Charlie Puth is a world-famous American singer. His stardom is huge. After having a tough time growing up at school, He worked hard throughout his life. He is dating his long-time girlfriend Charlotte Lawrence and in the upcoming years, the fans might hear some good news from them. 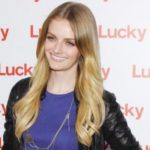