Chase Kennedy is a rising Instagram sensation from the United States who has described herself as “the model with the longest legs” and wowed the globe with her looks. Chase has worked with a variety of fashion companies and has traveled extensively since beginning her career.

Because of her 6′ 5″ stature, several of the most prestigious modeling agencies have turned her down. She shared photos from the photoshoot on her popular Instagram account. She has previously worked on advertisements for Toyota and Alloy Apparel.

When she was younger, her height provided her a tremendous edge in sports like basketball and volleyball.

Chase Kennedy is the daughter of Matthew Kennedy, an attorney and real estate broker, and Chris Kennedy, an office manager. She was born on 30 JUNE, 1993, in San Louis Obispo, California, USA. She is the family’s youngest child, with two elder brothers, Shane and Devon.

Chase attended San Luis Obispo High School, where she graduated in 2011; during her high school years, she was noticed by talent scouts and was offered a start in the modelling industry, but she declined on her parents’ advice and completed her education, enrolling at Cuesta College for a semester before dropping out and moving to Los Angeles.

In the meanwhile, she enrolled in and graduated from the Recreation, Parks, and Tourism Administration program at California Polytechnic State University.

Chase hasn’t revealed much about her personal life, but with a little research, we were able to uncover more about this stunning model. She has a boyfriend, Christian, with whom she is engaged, but she hasn’t spoken much about him, just posting a few photos of the two of them on her official Instagram profile.

Chase’s assumption that going to Los Angeles would help her break into modeling proved to be incorrect; she struggled to make her debut, but fate smiled on her once she relocated to New York. In 2014, she worked in Lady Gaga’s music video “G.U.Y.” She began posting images of herself on Instagram in 2012, but professional photos didn’t appear until later in her career.

Chase began working with professional photographers, like Jason Lee, and began advertising for various companies, including SarahBellumSwimsuits, as her popularity grew, and her photos were increasingly published in magazines such as C-Heads Magazine, the Nationalist Magazine, and Deluxe Magazine. New opportunities arose all the time, and she worked with CoyCoy Swimwear, then Diane’s Beachwear, and a slew of other companies, all of which boosted her fame and fortune.

She has continued to update her official Instagram page with fresh photos, and she now has about 55,000 followers as of early 2020. To further on Chase’s successes, she has worked on campaigns for Alloy Apparel and has been in ads for Toyota. However, she is now considering diversifying her career by working as an event coordinator and manager for vineyards and breweries on the central coast. She’s already worked at Firestone Walker Brewing Co. in Paso Robles, California, as a tour and tasting coordinator.

Chase is best known as the girl with the longest legs, second only to basketball coach Svetlana Pankratova of Falls Church, Virginia, whose pins are a whopping 51.9 inches long. She struggled at first to accept her height, but she eventually learned to embrace it as a strength. She now wears high-heeled shoes and is unconcerned if a man is shorter than she is. Chase, she claims, has grown to appreciate her stature.

Chase has been published in several magazines since she began her career, which have written about her and shown her attractiveness to millions of people. Chase has utilized her newfound celebrity to promote other young stars like her, particularly those who don’t match the “traditional” model profile, and she has also cooperated with other models.

Net Worth, Salary & Earnings of Chase Kennedy in 2021

Chase Kennedy is a rising talent who is already well-known all around the world. Chase has amassed a sizable fortune through working with a variety of businesses and appearing in advertisements. Chase Kennedy’s net worth is projected to be $10 million As of 2021.

Chase Kennedy is a young and promising model with a really bright future ahead of her. Despite facing a few setbacks during the beginning of her career but she has been able to overcome them due to her hard work and resiliency. We all look forward to more of her modelling work. 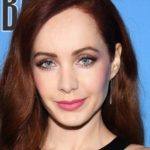 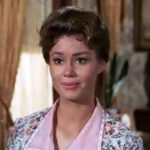