Chloe Bartoli is a famous fashion stylist and designer located in Los Angeles. Marielou Bartoli, her twin sister and a fashion stylist, collaborates with her. She owns the Redun clothing company, which she co-owns with her sister. Vintage Levi’s are reworked and sold by the clothing company. The twins also have a fashion portfolio website that displays their most recent fashion successes. Selena Gomez, Miranda Kerr, Nicole Richie, and Chrissy Teigen are among the celebrities with whom Chloe has collaborated.

For years, Chloe has styled her buddy, Oscar-winning American actor, musician, composer, and filmmaker Jared Leto, and has attended his ‘30 Seconds to Mars’ concerts. She got a lot of attention after she was photographed with Scott Disick, the famous reality star from ‘Keeping Up with the Kardashians.’ Scott’s relationship with Kourtney Kardashian ended as a result of their intimate photos.

Chloe Bartoli was born on June 26, 1990, as one of her parents’ twin daughters in Los Angeles, California, United States. Marielou Bartoli, her twin sister, was brought up in Los Angeles. Before they were born, their French parents moved from Paris to Los Angeles. Chloe and her sister are also fluent in French.

Despite the fact that nothing is known about Chloe’s early life and upbringing, she is reported to have attended Bell High School in California.

Chloe and Marielou occupy a home in the Beverly Glen neighborhood of Los Angeles and have a close relationship. When it comes to creating their own style statement, however, the identical twins have separate wardrobes, with Chloe opting for vintage Oscar de la Renta, clear-lensed Celine aviators, and Haider Achermann boots, and Marielou opting for Prada silk blouses, Gianvito Rossi mules, and Fendi handbags.

Scott Disick was living the high life in Monte Carlo while Kourtney Kardashian was caring for their three children in Los Angeles. The 32-year-old reality star was spotted in the South of France with a group of friends, including fashion stylist Chloe Bartoli. According to Us Weekly, the two used to date before he married long-term companion Kourtney Kardashian. Following rumours that Kourtney Kardashian had booted Scott out of their house, the two were seen putting on a lively performance together over lunch.

Chloe Bartoli has worked as a fashion stylist with a number of well-known celebrities, including Chrissy Teigen, Selena Gomez, Miranda Kerr, and Nicole Richie, to name a few. Being Jared Leto’s stylist for years, she also accompanied him to his ’30 Seconds to Mars’ shows. She has worked as a fashion stylist with her sister throughout the years. The two started a clothing company called Redun, which offers vintage Levi’s that have been reworked into modern stylish items.

Teigen’s gown was chosen by the sisters to host the Billboard Music Awards in 2015. Aside from operating a celebrity stylist firm, the twin sisters, who get their style and fashion inspiration from their fashionable parents, have also created a fashion portfolio website that showcases the twins’ latest fashion successes. Chloe is currently employed at Curve, a fashion store chain founded by Nevena Borissova.

Apart from her professional endeavors, Chloe is known for her personal ties and associations. On July 2, 2015, she made headlines when she was seen kissing and embracing reality personality Scott Disick while resting poolside in Monte Carlo.

Scott was famous for his on-again, off-again romance with Kourtney Kardashian, with whom he has three children. On July 6th, 2015, E! News reported Scott’s break-up with Kourtney, who reportedly booted him out of their house, after intimate photos of Chloe Bartoli with Scott went viral on the internet.

According to some reports, Chloe and Scott were living with a group of friends in the south of France and dated for a while before calling it quits in 2015. Photos of Chloe and Jared were also circulated, sparking rumors of a possible affair between the two. They are, nevertheless, said to have remained close friends for a long period. She was also close to American retired professional basketball player Lamar Odom’s buddy, producer and writer Bobby Heyward, who died of a possible overdose of prescription narcotics, according to reports.

Chloe has not yet won any awards or nominations.

Net Worth, Salary & Earnings of Chloe Bartoli in 2021

Chloe Bartoli has established herself really strongly and is quite successful. Together with her twin sister, their fashion company has really taken off and put them on higher pedestals. The successful roll that they are on seems like it won’t stop. 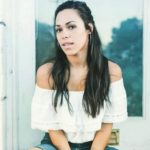 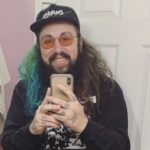