Menu
Menu
Search
Want to save a life? Here's how! (source: acprclass.com)

Choking occurs when your wind-pipe(which normally only carries air to and from the lungs) is blocked due to a foreign object. These foreign objects most commonly include food items (such as chicken bone, popcorn, grapes, nuts, candy among others) or objects such as coins, toys or even button batteries.

Choking seems like a phenomenon that occurs quite frequently and only causes some simple coughing which gets the food out. However, if the foreign object completely blocks the airway, we cannot breathe, our body is deprived of oxygen and this can be fatal. Thus, in reality choking is actually a medical emergency, and according to Injury Facts 2017, is the fourth leading cause of unintentional injury death. This is why it is extremely crucial for every person to know how to deal with a person who is choking. You don’t have to be a doctor to save a life, you might just do it by knowing all the right techniques.

How can we tell if someone is choking?

The symptoms of choking include the following, so be on the lookout for these:

In infants, it is a bit more difficult to assess, but you must be alert when signs such as weak cry, weak coughing and shortness of breath.

How do I help an adult who is choking?

How to help a baby that is choking?

The steps 1,2,5 and 6 are the same as above, but the technique of back blow and abdominal thrust is a bit different in babies.

Back blows- take the baby into your arms and with his face down on your forearm. Use the index finger and middle finger of the same hand to support the baby’s jaw and keep his mouth open. Make sure the baby’s head is at a lower level than their chest. Use the heel of your other hand and give 5 firm blows between his shoulder blades.

Instead of abdominal thrusts, we prefer chest thrusts in case of babies. After giving back blows, turn the baby over and place the baby’s back on your thigh. Make sure the baby’s head is lower than the level of his chest. Using 2-3 fingers, push down straight, firmly midway between the baby’s nipples. Do this 5 times. Repeat 5 back blows and 5 chest thrusts.

What do I do if I am choking?

If you are choking, try to cough and get out the object. Call the paramedics and you can then self-administer abdominal thrusts to yourself in the same way you would do it to another person. 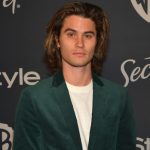 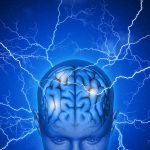