Christopher Ryan Hardwick, or as we all know him as Chris Hardwick, is a very well-known American in the American Film and Television industry. Chris is a famous stand-up comedian, actor, television host, writer, producer and podcaster and hosts a talk show, i.e. Talking Dead, affiliated with the network’s zombie drama series The Walking Dead and Fear the Walking Dead.

Born in Louisville was later raised in Memphis, Tennessee, as a Roman Catholic, his mother’s faith. When he was four, he met Joan Rivers, a very struggling American comedian, actress, television host, writer, producer, and TV personality and comedian.

During his time at UCLA (University of California, Los Angeles), he was a member of Chi Phi Fraternity in the starting years of his University days and later on graduated in 1993.

Chris Hardwick was engaged to model and actress Jacinda Barrett previously and has had relationships with many actresses such as Andrea Savage, Janel Varney and Chloe Dykstra. He finally got engaged to a model and actress, Lydia Hearst, in September 2015 and on August 20, 2016, they both got married in Pasadena, California.

No, Chris Hardwick is a straight man, like his past and current relationship status can clarify this. He was engaged to a model and actress, Jacinda Barrett and had many relationships in the past with many actresses such as Andrea Savage, Janel Varney and Chloe Dykstra and later on finally in 2015, he got engaged to model and actress Lydia Hearst, and on August 201, 2016 he got married to her.

So, Chris Hardwick’s acting career to a step ahead in the 1990s in the American drama Television Series Thirtysomething in 1991, which got him a bit of a limelight and popularity cause this show won an award at that time. This made a significant impact in his life because, after this limelight, he became the host of a game show at MTV named Trashed, which has a successful run of 50 episodes from February 14, 1994, to July 23, 1994.

After this amount of success, he never stopped for a moment as he went on to make a comedy/parody Musical duo Hard n Phirm with Mike Phirman, and performed at UCLA in 1994 but broke up in 1997. During this span of time, he, in 1995, also began to host a show at a dating show on MTV named Singled Out. Carrying on with this, he made it into films in 1996 with the movie Beach House.

He continued to feature in various movies such as House of 1000 corpses in 2003, Terminator 3: Rise of the Machines in 2003 and Mother of Invention in 2009. Along with this, he also did voice acting in, and American animated show The X’s.

In the year 2005, along with various movies and reaching the peak of his career already, he played Milos in the mockumentary The Life Coach. Back at the Barnyard on Nickelodeon witnessed the role of Otis, which was performed by Chris Hardwick. From this year onwards, his writings were also a part of the contribution in the famous magazine Wired.

He also featured in many American shows such as Attack of the Show and hosted weekly podcasts and interviews on The Nerdist Podcast along with Matt Mira and Jonah Ray from February 2020.

Chris Hardwick has been nominated, and awards for many of his work and excellence always bring rewards; this was shown here as he was selected for Outstanding Interactive Program for his work in Talking Dead in 2011. Along with this, he was nominated for BTVA Video Game Voice Acting Award for Best Vocal Ensemble in a Video Game for Tales from the Borderlands: A Telltale Games Series in the year 2014.

He was nominated for Blimp Award for Best Burp for Back at the Barnyard in the year 2007. With this, he also won Primetime Emmy Awards for Outstanding Creative Achievement in Interactive Media Social TV Experience for @midnight in the year 2013, and he won Webby Award for Online Film &Video: Events & Live Webcasts for Futurama Live! In the same year, 2013.

Net Worth, Salary & Earnings of Chris Hardwick in 2021

Having this load of fame and spotlight gets you enough to live for a lifetime; Chis Hardwick was one of those, As of 2021, his Net worth is summed up to approx. $30 million.

People actually don’t pursue career options that carry risks, but this was not the case from Christopher Ryan Hardwick as he chose this career and went on doing successful things capturing various forms of limelights. This is what every young mind should learn, always follow and work hard for the things that fascinate you but most importantly, don’t be a blind follower. 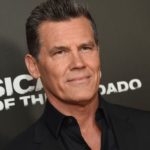 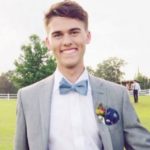