Chris Jericho is a popular American-Canadian Professional Wrestler, Singer, Actor, and Author. He is most well-known for his wrestling for various promotions including WWE, AEW, and NJPW.  He runs a successful podcast named “Talk is Jericho”. He has competed in the dancing reality show, “Dancing with the Stars” in 2011. Apart from that, he is the lead singer of the popular heavy metal band, Fozzy.

Chris Jericho, whose real name is Christopher Keith Irvine, was born on the 9th of November 1970 in Manhasset, New York, U.S.  His father, Ted Irvine is a popular Ice Hockey player. Coming to his siblings, he has a sister, Vanessa Gerads.  His family moved to Winnipeg, Manitoba, Canada once his father took retirement from hockey.

His family used to regularly attend American Wrestling Association (AWA) events that took place at the Winnipeg Arena, which was instrumental in attracting him to the world of professional wrestling. His inspirations for wanting to become a wrestler are Owen Hart, Bret Hart, Shawn Michaels, and Ricky Steamboat.

After completing high school education, Chris Jericho received studied at the Red River College which is located in Winnipeg. He graduated in 1990 with a degree in Creative Communications. Coming to his wrestling education, he has studied at the Hart Brothers School of Wrestling. He received his training from Ed Langley and Brad Young.

Chris Jericho married Jessica Lockhart on the 30th of July 2004 and the two have been together ever since. They have a son, Ash Edward Irvine, and two daughters, Sierra Loretta Irvine and Cheyenne Lee Irvine.

Chris Jericho is straight when it comes to his sexual orientation and is neither gay nor bisexual. Chris Jericho has been married to Jessica Lockhart for more than 16 years and they have three children as well. This more than confirms that he is straight.

Chris Jericho began his career in 1990 in the Independent Circuit once he completed his wrestling training from the Hart Brothers School of Wrestling. The first match of his unparalleled wrestling career took place on the 2nd of October 1990 against the popular wrestler, Lance Storm. The name he used here was “Cowboy” Chris Jericho.

For the following years, he wrestled for various promotions including, Frontier Martial-Arts Wrestling, Smoky Mountain Wrestling, and Wrestling and Romance/WAR. His notable achievements during this time would be winning the NWA World Middleweight Championship and becoming the first WAR International Junior Heavyweight Champion. He wrestled for Extreme Championship Wrestling (ECW) in 1996 where he became the ECW World Television Champion.

He then caught the attention of World Championship Wrestling, and he joined the promotion in 1996. He wrestled for the promotion for the next three years. His notable achievements during this time would be winning the WCW Cruiserweight Championship and the World Television Championship. He joined WWE in 1999 and worked there till 2018.

He had an amazingly successful career in the WWE and has pretty much every title there is to win in the promotion. In fact, he is the 4th Grand Slam Champion of the promotion. His biggest achievement was defeating the popular wrestlers, The Rock and Stone Cold to become the 1st ever Undisputed WWF Champion at the promotion’s Vengeance PPV on the 9th of December 2001.

In his run in the WWE, he had amazing feuds with various popular wrestlers including, Shawn Michaels, CM Punk, The Rock, Kevin Owens, Randy Orton, and CM Punk. After that, he joined NJPW in 2017 and worked there for the following couple of years. There, he became the IWGP Intercontinental Champion and apart from that, had a great feud with Kenny Omega as well.

He wrestled in the Independent circuit for a little while before joining All Elite Wrestling in 2019. There, he became the inaugural AEW World Champion and had great feuds with the likes of Cody Rhodes, Kenny Omega, and Jon Moxley. He has been working for AEW since 2019.

Apart from being a great wrestler, he is a great singer, podcaster, and author. He is the lead singer of the popular heavy metal band, Fozzy. The band has seven albums to their name including, “Fozzy” (2000), “All That Remains” (2005), and “Judas” (2017). Coming to his acting career, he has worked on the popular 2016 documentary film, “Nine Legends” and the 2019 comedy film, “Jay and Silent Bob Reboot”.

Chris Jericho is a fine dancer as well and he has competed in the popular dance reality show, “Dancing with the Stars” in 2011. He runs a popular podcast named, “Talk is Jericho”. When it comes to his career as a writer, he has written various several successful books. In fact, his autobiography, “A Lion’s Tale: Around the World in Spandex”, which came out in 2007 is a New York Times bestseller.

Net Worth, Salary & Earnings of Chris Jericho in 2021

As of 2021, Chris Jericho has garnered a net worth of $20 Million. He has garnered most of his earnings from his career as a professional wrestler, singer, author, and podcaster. He is most notable for various promotions including WWE, AEW, and NJPW. He is the lead singer of the popular heavy metal band Fozzy and is a successful author and podcaster as well.

Chris Jericho is amazing at everything he does and his list of awards and achievements prove that. With that being said, we wish him the best of luck for all his future endeavors and hope he keeps entertaining us like he always has. 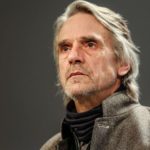 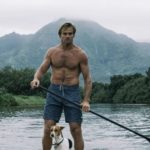