Christina Ricci is an American-born actress who is known for her role in taking up unconventional characters in films. She made her first appearance in acting in 1990 with Mermaids at the age of 10 years. She has since appeared` in different movies and television programs.

Christina has had a fantastic transition from her childhood to professional acting. She made the biggest contribution in movies such as The Ice Cream, Now and Then, and Casper. Since her debut in the acting industry in 1990, Christina has featured in numerous movies and TV series as well as music videos.

Christiana Ricci was born on 12 February 1980 in Santa Monica in the US state of California. She is the last-born child to Ralph Ricci and Sarah. Her father, Ralph, was a lawyer, therapist, counselor, and gym trainer, while her mother, Sarah, worked as a real estate agent has three siblings; one sister (Dante) and two brothers (Rafael and Pia). She moved with her family to Montclair, New Jersey, during her childhood years.

Christina grew up and attended school in Montclair. Her parents separated in 1993 at the age of 13 years, and she lost contact with her father since then. Her acting career was discovered at the age of 8 years by the critic of Bergen Record. Her skills and composure were first nurtured in the Saturday Night Live show, where she appeared in a number of parody commercials.

Christina attended Edgemont Elementary School before joining Montclair High School and Morristown-Beard School. Later, she joined Professional Children’s School based in New York.; Her career began thriving while at school. However, she did not leave school for acting. She was able to strike a balance between acting and academics until when she completed her education.

Christina is married to James Heerdegen. Their marriage was solemnized on 26 October 2013 in New York. In August 20114, they got a son, and they named him Freddie. Before marrying Heerdegen, she dated a famous American actor, Owen Benjamin, from 2008 before engaging a year later.

The two met while performing in the film ‘All’s Faire in Love.’ However, things did not go as expected, and they terminated their engagement two months later. Heerdegen and Ricci are on the verge of divorce following Ricci’s filing of divorce on 2 July 2020 after seven years of marriage. She has since been granted retaining orders against Heerden before the case is heard and determined.

Christina is a tattoo fan, and she has eight of them on her body. Some of the tattoos she has inscribed include a lion, the figure of Edward Gorey, a pair of praying hands, the name “Jack,” a sparrow, a mermaid, words “Move or Bleed,” and a bouquet of sweet peas. Mark Ryden has used her image in several of his oil paintings and sketches. Christina is also known to suffer from both anxiety and anorexia.

Christina Ricci is straight. She is neither gay nor lesbian. Going by her personal life history, she is married and has been in male-female relationships before. She has previously dated Owen before marrying her current husband. Even though she has filed for divorce, she has not converted to gay/lesbian.

Christina started acting at the age of eight years in “The Twelve Dyas of Christmas” production. Her debut film was Mermaid in 1990. She featured as Kate, the role she played pretty well, and from it, she got a role to Wednesday Addams in The Adams Family film. She also successfully appeared in the sequel of the same film in 1993. As a child artist, Christina also played in Gold Diggers: The Secret of Bear Mountain (1995), Casper (1995), Now and Then (1995), and That Darn Cat (1997).

Her transition into a teenager was marked with a lot of successful roles in movies such as The Ice Storm (1997) and Buffalo ’66, and The Opposite of Sex (1998). Her fame increased further thanks to her 1999 movies such as Sleepy Hollow, Desert Blue, and 200 Cigarettes.

Her role in Gray’s Anatomy led to her nomination for the Emmy Awards in 2006, in which she emerged as the overall winner. She also featured in TV series such as Lizzie Borden Took An Ax and Amazon series Z: The Beginning of Everything. In general, Christina Ricci played amazing roles in numerous movies and TV series, and she began a household name for movie lovers.

As a celebrated career, Christina has performed exemplary in acting and has received several awards and achievements. Some of the important awards on her name include:

Net Worth, Salary & Earnings of Christina Ricci in 2021

Christina had a total of seven ex-boyfriends between 2000 and 2011 before meeting and marrying her current boyfriend. 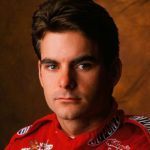 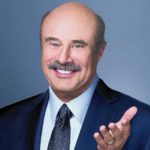