Cillian Murphy is a professional actor and former musician who began his acting career by working in theatre and independent films in the 1990s. He gained some recognition for his work in Disco Pigs, 28 Days Later, and Red Eye. For his roles, he has been nominated for numerous awards as well. He also received positive feedback for his work in The Dark Knight Trilogy and the Christopher Nolan masterpiece Inception. He received a lot of fame for appearing in the BBC gangster series Peaky Blinders.

Cillian Murphy was born in Douglas, County Cork, Ireland, on May 25, 1976. He is the first child of Brendan Murphy and his wife. His father was an employee of the Irish Department of Education, while his mother worked as a French tutor. He has three siblings; a brother named Paidi, and two sisters, Orla and Sile Murphy. When he was ten years old, he decided to learn music and began composing songs. His grandfathers and uncles were also teachers.

He attended Presentation Brothers College, which is a Catholic secondary school, and did academically well. He was not an avid sportsperson, and instead, he started acting in school plays. His English teacher, poet, and novelist William Wall encouraged Cillian Murphy to pursue working as a career but instead focused on becoming a musician.

In his late teens, he played instruments and sang for several bands along with his brother. They achieved the most amount of success when they both were part of The Sons of Mr. Greengenes. After graduating high school, he began studying law at the University College Cork, but he focused on acting and music after failing in his exams.

Cillian Murphy is married to his long-time girlfriend, Yvonne McGuinness, since 2004. They had been dating since 1996 when they met at one of Cillian’s rock band’s shows. They are currently living in Dublin and have two sons, Malachy Murphy and Aran Murphy. He is a reserved person and doesn’t like to talk about his private life.

After watching the Corcadorca Theatre Company’s production of ‘A Clockwork Orange’ in Dublin, his love for acting increased; in 1996, he made his professional acting debut in the play Disco Pigs. A year later, he appeared in a short film titled Quando. In a feature film, his debut was in the 1999 film, Sunburn alongside Paloma Baeza and Sinead Keenan.

He was then cast as a lead in the 2002 film 28 Days Later, which earned $85 million at the box office, and he again worked with the director in the 2007 sci-fi thriller Sunshine. In 2006, he acted in Ken Loach’s Palme d’Or-winning film, The Wind That Shakes the Barley.

Apart from these films, he has worked in Breakfast on Pluto, Watching the Detectives, and Red Lights. He has continued to work as a stage actor and perform in productions of Much Ado About Nothing, The Shape of Things, and Ballyturk. On the small screen, he appears on the British crime drama Peaky Blinders since 2013.

He plays the lead role of the cunning and ambitious leader Tommy Shelby. He has also appeared as Scarecrow on Christopher Nolan’s The Dark Knight Trilogy. He again worked with Christopher Nolan in the 2010 film Inception and 2017 film Dunkirk which were massive hits.

Net Worth, Salary & Earnings of Cillian Murphy in 2021

As of 2021, Cillian Murphy has an estimated net worth of $25 million. He has earned the majority of his fortune from his career as an actor. He has earned plaudits for his role as Tommy Shelby in Peaky Blinders, and his pay per episode has increased quite a lot due to this. He has acted in a number of blockbusters, and those films have generated huge profits.

Cillian Murphy is a brilliant actor who is known for his hard work and determination. He doesn’t like to be in the public eye and simply focuses on his work. He has worked in some wonderful films and television shows, and he is getting the deserved recognition. 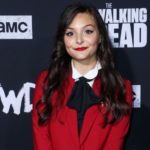 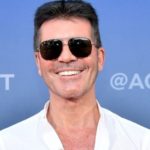