How many watch reality shows like Celebrity Apprentice? Well, if you have seen it, you might be knowing about a candidate who famously contested it. I am talking about Claudia Jordan, an American talk show host, actress, model, radio, and TV personality. She has appeared in many television series so far. She is the second African-American to win Miss Rhode Island USA Title.

Claudia was born on 12th April 1973 in Providence, Rhode Island. Her parents are Teresa Jordan (mother) and Larry Jordan (father). She also has a brother Larry Jordan Junior. Her father is an African-American, former member of the US Air Force and her mother is from Italy.

Claudia went to east Providence High School, where she used to be a sprinter. She won all the state honours in track and field. She also competed in three Junior Olympics, and by her college time at Baldwin Wallace University, she was an All-American sprinter in the 400-meter relay.

No, it doesn’t seem to be the case at all. Instead, Claudia has been a part of many relationships, all with males though none worked out successfully. So, her sexual orientation will be considered Straight.

She worked as a Journalist at the Providence American newspaper and production at the Boston TV station WHDH-TV. She appeared as contestants on the shows ‘Dog Eat Dog’, game show ‘The Price Is Right and ‘Deal Or No Deal’ holding Case #1 for four seasons. She was known as a former Barker’s Beauty. She also appeared in the second season of Celebrity Apprentice. In the charity show, she raised money for NAPSAC Foundation.

She was also selected by Apprentice host Donald Trump to co-host the Miss Universe 2009 pageant. As a journalist, she first hosted Fox Sports West as a red carpet correspondent for 54321. She appeared on ‘The Best Damn Sports Show Period’, E!, and ‘The Style Network’ as the co-host of ‘The Modern Girl’s Guide to Life’ for two seasons. She appeared on Bet’s late-night sports show Ballers, satellite radio show ‘The Foxxhole’.

She also co-hosted ‘Tiny’s Tonight’ and ‘Reach Around Radio’. She also hosted ‘The Summer of Adventure, a travel show for AT&T. She joined the show ‘The Real Housewives of Atlanta’ in 2014 and simultaneously hosted ‘Rickey Smiley Morning Show. Other than all this, she has also starred in TV-One’s The Next 15 and had her morning, ‘The Morning Show, which was the top rated show in Dallas currently, she has her talk show on the Fox Soul platform ‘Out Loud with Claudia JorClaudia

Claudia won the Miss Rhode Island Teen USA at a very young age. Ahe also won Miss Rhode Island USA and became just the second African-American to do so. The morning show hosted by her was the top-rated one. She was referred to as the Former Barker’s Beauty.

Net Worth, Salary & Earnings of Claudia Jordan in 2021

Claudia Jordan is a famous radio and television personality. She started her career as a sprinter but went to Beauty contests and from there on became a celebrity. Her shows are celebrated by the people. She has had quite unstable personal life but has never allowed that to affect her career. She has always followed her heart and passion. At last, we would like to congratulate her on her wonderful career and would also like to wish her all the best in her future endeavours. 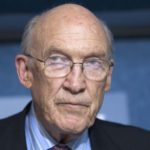 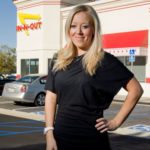