CNU is a South Korean singer, rapper, actor, theatre artist, and dancer who is known for being a member of the South Korean boy group, B1A4, formed by WM Entertainment. The group has released several tracks, albums, and extended plays such as Who Am I, Ignition, In the Wind, What’s Happening?, Sweet Girl, Let’s Fly, Beautiful Target, and Only Learned Bad Things. Also, CNU has garnered an impressive fan base for himself on social media as he enjoys more than 800k followers on Twitter and more than 500k followers on Instagram.

CNU is represented by WM Entertainment. 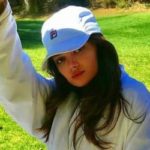