Coby Cotton is a popular American Trick Shot Artist and YouTuber. He is most well-known for his work as part of the popular sports and comedy group, Dude Perfect. The group has multiple channels on YouTube, with the most popular one, “Dude Perfect” having 56.3 Million followers as of June 2021.

Coby Cotton, whose full name is John Coby Cotton, was born on the 17th of July 1987 in Texas, U.S. He was born to parents, Larry Cotton and Diann Cotton.  Coming to his siblings, he has a twin brother named Cory Cotton and a sister, Catherine Cotton. He has been highly active since his early days and he loves to play different kinds of sports.

Coby Cotton received his high school education from The John Cooper School, which is located in the Woodlands, Texas. He has also studied at the Texas A&M University. It was during his time at the aforementioned University where he met Cody Jones, Tyler Toney, and Garrett Hilbert. The four of them joined hands with Coby’s brother, Cory to form the popular sports and comedy group, Dude Perfect.

Coby Cotton married Aubrey Ellett in December of 2017 and the two have been together ever since. It’s worth noting here that they got engaged in August of 2017.

Coby Cotton is straight when it comes to his sexual orientation and is neither gay nor bisexual. He has been married to Aubrey Ellett since 2017. Apart from that, there’s no record of his prior relationships. Going by his relationship history, it’s clear that he is straight.

Coby Cotton is most well-known for his work as a YouTuber, as part of the group, Dude Perfect. The group launched its self-titled YouTube channel on the 17th of March 2009. The group uploaded their first video, “Dude Perfect | Backyard Edition | Our 1st Video!” on the 9th of April 2009. The video currently has 42 Million views. The group became massively popular in 2009 with the release of their video, “World’s Longest Basketball Shot | 3rd DECK VIEW | Dude Perfect”.

On the former channel, the group posts mostly bloopers, fails, and BTS videos while on the latter channel the group mainly posts gaming videos, just as the name suggests. Currently, Dude Perfect Plus has 1.3 million subscribers while Dude Perfect Gaming has 258K subscribers.

The group is massively popular and has multiple records to their name, including the record for longest barefoot Lego walk and most beach ball header passes in 30 seconds.

Net Worth, Salary & Earnings of Coby Cotton in 2021

As of 2021, Coby Cotton has garnered a net worth of $12 Million. He has garnered most of his earnings from his career as a YouTuber and trick shot artist. Seeing how immensely popular the group is, it’s no surprise that he has built such a handsome net worth.

Coby Cotton is a super fun guy and so are his videos. He is involved in philanthropic works as well, which shows just how nice he is. With that being said, we wish him the best of luck in all his future endeavors and hope he continues to inspire and entertain us. 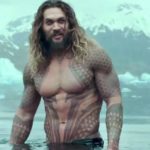 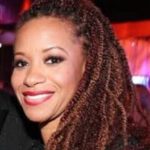