You may have heard about various celebrities undergoing cosmetic surgeries in order to look more youthful and beautiful. Usually they are females like Courtney Cox, Kylie Jenner, but nowadays, even males  are seen undergoing these surgeries. Although in the past, this was a common trend only for actors and celebrities, even normal people opt for this procedure. So what exactly is it? And why is it so popular? You may be wondering.

What is cosmetic surgery?

Well, cosmetic surgery is a kind of surgery that focuses on enhancing a person’s appearance through surgical and medical methods. It is slightly different from plastic surgery which is a procedure that is concerned with reconstruction of facial and body parts, rather than simply its enhancement. While people do cosmetic surgeries normally to improve their looks according to their desires, plastic surgery is mostly done to repair and reconstruct dysfunctional or other defects. These defects may be congenital or may have occurred as a result of trauma, diseases, burns or other accidents. However, the terms are very closely related and may sometimes be used interchangeably.

What are the most popular kinds of cosmetic surgeries today?

According to the American Society of Plastic Surgeons (ASPS) the top 5 procedures in 2018 were the following:

Why is the trend of getting cosmetic surgery rising today?

The main reason today is the massive growth of social media. Today, people are using photo editing applications like Photoshop just so that they can have a great photo to upload. We see celebrities updating their physical features to look more attractive and young. All in all, unrealistic standards are being set. This has caused people to lack self-esteem and think that they are not good enough. Several researches showed that women who rated their attractiveness and life satisfaction as low were more likely to opt for cosmetic surgeries. Even the media portrays news, shows and photographs in such a way that seems like attractive people have more satisfactory lives, and that they are happier- although that is not always the case. In fact, a study has found that people with more media expose were seen to believe that cosmetic surgery brought in more success in all other aspects of life. It has thus become very important that people first understand the stark differences between expectations and realities. Although some may have actually gotten these benefits, it is not true for everyone.

Is there a possibility of this trend decreasing?

On study has showed an inverse relationship between how religious a person is and the likelihood of them opting for a cosmetic surgery. In many religions, the human body is believed to be nature’s gift and tampering and modifying the body is not usually seen in a positive light. Furthermore, with advanced makeup products and techniques, people nowadays find it easier to opt for makeup than for these surgeries. People are also slowly beginning to take pride in their natural beauty with trends like “#nomakeup” being seen from time to time. However, for now, the trend of cosmetic surgeries still seem to be increasing.

Thus, many people are undergoing these surgeries today. Though it may have some complications, it is a choice between the person and what they wish to do with their bodies, and what they gain from it. Whether we like natural beauty or cosmetically enhanced beauty, we should just let people feel beautiful in every way that they want, and let ourselves do the same. Love every person in whatever form they feel best in. 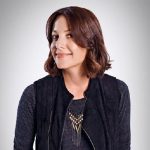 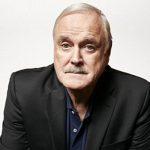