John Craig Venter is an American Biotechnologist and an Entrepreneur. He is famous for leading the first ever darft sequence of the human genome and gathered the first team to tranfect a cell with synthetic chromosome. He is also the founder of J.Craig Venter Institute (JCVI) and the Celera Genomics, The Institute for Genomic Research (TIGR) and also serves as the CEO.

John Craig Venter was born in Salt Lake City Utah on October 14, 1946. He is the son of John and Elizabeth Venter. As a child he was not very interested in having formal education instead he enjoyed surfing or spending time with a boat in water. We however do not have details of his family members and will update as soon as the information is available.

Craig went to Mills High School in Millbrae, California where he graduated. He enrolled at the Community college, College of San Mateo in California then later transferred to University of California, San Diego. He graduated in 1972 with a BS in Biochemistry and later received a PhD in pharmacology and physiology in 1975 in the same University.

Craig had married his first wife Barbra Rae- Venter which lasted for a short while but resulted to the birth of his son Christopher. Then he married Claire M. Fraser until their divorce in the year 2005. He again married his third wife named Heather Kowalski with whom they now live happily together in La Jolla near San Diego.

Venter has had three marriages to female counterpart. So we have all the reason to believe that he is straight. He is currently married to Heather Kowalski and they live happily together.

He started working for the United States Navy serving in the intensive care of a field hospital. He did not have a passion for his job so while he was in Vietnam he thought of ending his life by swimming out of the sea but he later changed his mind and had a desire to study medicine. Then after a few considerations he switched to biomedical research. He officially started working as an Associate professor and then he graduated to being a full professor serving at the State University of New York at Buffalo. Then in 1984 he joined the National Institute of Health.

in 1992 he founded The Institute for Genomic Research TIGR) which is a non profit research institute. Venter together with his team decoded the genome of the first free-living organism “Haemophilus Influenza which is a bacteria found using the new whole genome shotgun technique. Then in 1998 he went ahead and founded Celera Genomics to sequence the human genome using techniques and new tools that he had developed with his team.

Dr. Venter is one of the most significant scientists of all time having authored more than 280 research articles. He has gained popularity throughout his career in developing and researching of new genomics.

on March 4,2014 Venter and co-founders Robert Hariri and Peter Diamandis announced the formation of a company that was focused on extending a healthy human lifespan named  “Human Longevity, Inc”. The company had already received $70 million in funding which was expected to last for 18 months.

Being amongst the most popular biochemist in the world he has received a lot of recognition for his discoveries. Venter was honoured with Dan David Prize for his contribution he made on Genome in 2012. In 1996 he received the Golden Plate Award of the American Academy of Achievement. In 2008 he received ENI Award for research & environment and also in the same year President Obama gave him the National Medal of Science. in the year 2011 Venter received the Dickson prise in medicine.

Net Worth, Salary & Earnings of Craig Venter in 2021

Craig Venter has a very diverse source of earning his worth. He is the CEO of Craig Venter Institute (JCVI) and the Celera Genomics, The Institute for Genomic Research (TIGR) and his earnings there contribute significantly to his worth. Previously he had been serving as professor serving at the State University of New York at Buffalo where he was receiving a monthly salary. He is also an Author whose books have become the most sort after books. The earnings from selling of books also help in increasing his worth. As of 2021, he is estimated to have a net worth of $320 million.

Venter will leave a huge mark in the biochemistry category. He has been able to discover so much in regards to medicine and even with his advanced age he remains to be a legend in the science world. He has made a huge contribution in the research and development of Human Genome. 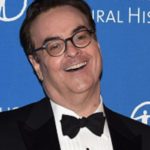 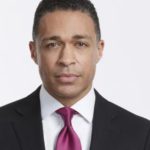