The ability to act, write songs sing and play the guitar is a very rare potential. Finding all those in one person is more than just luck. It is a blessing, and Creed Bratton is one of the blessed. William Charles Schneider, commonly known as Creed Bratton is an American actor and musician. He has done well in his music career, despite the challenges which include being brought up by a single parent. This article will serve you best if you need to know all about Creed.

Creed Bratton was born on 8th of February 1943 in Los Angeles California. He was born to William Frank Schneider and Cozzette Schneider Ertmoed and was brought up in Coarsegold, California. He did not have a very smooth childhood. His life took a complete turn when he was two, after his father died in a plane explosion in Hawaii which he was working on.

His father’s death however did not mean that was the end of his life. Just like his parents, creed has great passion for music which he developed at a very tender age. When he was thirteen, Creed owned his first guitar. Creeds got his passion for music from family. Both his parents and grandparents were musicians.

Being in school is one thing that helped Creed develop his talent more. He started singing when he was in high school. He experienced more development in singing when he joined college. He first attended College of the Sequoias and later on joined California State University. He was in several college programs and used to sing in those.

It is important to note that Creed Bratton has had affairs with many women. However, he has only been married twice and that’s what has been put in the record. Creed first dated Josephine Fitzpatrick. They exchanged marriage vows in 1967. The relationship seemed to work out well at first but later in 1974, the two had a divorce.

Two years after he divorced Josephine, on the 29th of of February 1976, Creed married Claudia Anderson. They stayed together for quite sometime but their relationship did not work out as they had planned. The two divorced in 1983. Since then, Creed has not put his personal life in public.

Creed Bratton is straight. Although he is divorced, he has been married twice to women. Besides, there hasn’t been any controversies about his sexual orientation. He has not shown interest in any males.

When Creed was starting off his music career, he only majored in playing the guitar. So, he would travel to various places to play the guitar as he was so good, and this is when he got the name Creed Bratton. Before the formation of the band called 13th floor, he used to be part of a group called the Young Californians. Later on, 13th floor came, and this was after he formed a band with Warren Entner.

Warren was also a guitarist so as Creed played the lead guitar, Warren played the rhythm guitar. They also had two other members who played the drums and bass. Later on, Creed began writing songs, and this made him begin appearing in the Grass Roots band. He wasn’t there for long however as in 1969, he was asked to leave. That is when he embarked on a solo music career which he has done well. As of today, Creed has released a total of 11 albums and 10 singles.

Apart from music, Creed has also done acting professionally. He began his acting career when he was still at the Grass Roots Band. Their popularity had made them appear in many TV shows. He took that higher and began appearing in a number of TV productions. He has been part of Terri, Saving Lincoln, Adventure Time, Heart Like a Wheel, Mask, Quincy ME and The Office. However, his acting career is of no match to his music career. Singing has gotten him to places acting could not.

Creed’s success in the music world is not just a matter of hearsay or rumors. Looking at the respect he has earned and the number of nominations he has received, it is enough to confirm that he is truly gifted in the world of music. Over the years Creed has not won many awards but he has received very many nominations. In 2008, Creed won a TV Land Award and a Screen Actors Guild Award.

Net Worth, Salary & Earnings of Creed Bratton in 2021

As of 2021, Creed’s net worth stands at $4 million. He has earned his wealth from his successful singing career and acting career. Being part of a renowned band, which used to sell over 20 million copies and also producing his own songs has contributed to his wealth.

Creed is a great musician. It is evident that when he was in the band, he did not invest well since the Grass Roots was a great band. However, even at his current age, Creed is still a very talented musician who can even get to greater heights. 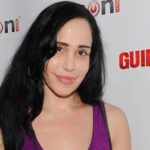 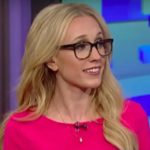