Cris is a Mixed Martial artist born in Brazil, but now she resides in America. She was born on 9th July 1985 in Brazil. She has won many championships like Strikeforce, UFC, Bellator etc. She won the Bellator Women’s Featherweight World Champion in 2020. She was first noticed when she acquired the Strikeforce Champion in 2009. Cris became the only MMA fighter to become a grand slam champion. She is one of the finest MMA Fighters.

Chris was born in Brazil to her parents Venancio Justino and Berisama Moraes. Ruddiman Fedrigo noticed her while playing handball for college. Before being an MMA fighter, she also played handball on a national level in Brazil stop. She came to the United States in 2008 for the first MMA fight against Shayna Baszler at unfinished business and won. In 2009 She won a BJJ purple belt when Cristiano Marcello was her jiu-jitsu trainer.

Cris was nine years old when she started training for Handball. She later joined her school handball team. Her mom once mentioned that she was a very quiet and introvert kid. In 2004, Rudimar Fedrigo was impressed with her and invited her to his gym; when she visited, he saw her skills and motivated and guided her to become an MMA fighter.

Cris got married to a fellow MMA fighter in 2006. His name was, Evangelista Cyborg Santos. They parted ways in 2011. She retained her ex-husband’s adopted name, “Cyborg ‘ as her ring name. Then she was dating her boyfriend, who was her trainer, Ray Elbe. She announced her engagement with him in 2017. She also became a mother to her legally adopted niece.

She helps the organization ‘Fight For the Forgotten’ that digs wells to provide water to Ugandan Pygyms. Apart from this, she has contributed for many other organizations which work for the welfare of the poor.

No, Cris was married for 5 years from 2006 to 2011 to Evangelista. And now she is dating Ray Elbe. There has never been any news of her being involved with females, thus it can be said that her sexual orientation is straight.

Starting a career as early as 2005, Cris was defeated by Eruca Paes at a show in Brazil called fight two promotion. She then earned her first win while defeating Vanessa Porto at Storm Samurai 9 in November 2005. In 2008, she acquainted herself with strike-force to fight fighters like Gina Carano, Hitomi Akano etc.

However, she was rejected because she weighed 6 pounds more than the category weight, but later she fought and defeated Akano. For strike-force, in 2009, she referred Gina Carano and won the Women’s Featherweight Championship. She later went on to win championships by defeating fighters like Marlow’s Coenen in 2010, Jan Finney in 2010. She renewed her contract in 2011 with Strike-force.

In January 2012, she got her license suspended because she tested positive for an anabolic steroid, stanozolol.

In 2013, she acquainted with Invicta Fighting Championship for a multi-fight deal. She defeated

Fiona Muxlow in the first round. She also defeated Marloes Coenen and won Invicta FC Featherweight Championship in 2013.

She signed with UFC in 2015 and won her first fight against Leslie Smith. In 2016, in a match with a newcomer Lina Lansberg, the referee had to come and stop the fight because Lansberg could’ve gotten injured. Later in 2017, she defeated Tonya Evinger to Win the UFC Championship.

Cris is managed by Paradign Sports management. Her team helps her get well trained before any fight. In 2019 she signed a deal with Bellator MMA and fought Julia Budd to win. She also showed interest in belt boxing. Defending her title for the first time, she fought Arlene Blencowe in 2020.

Net Worth, Salary & Earnings of Cris Cyborg in 2021

Cris has a phenomenal fighting career. She is immensely popular and hence has endorsements of brands like Air Asia, Reebok, Fusion labs etc. As of 2021, this has contributed to her net worth of $30 million which is exceptional for any MMA female fighter.

Cris is one of the finest women MMA fighters in the world who has achieved a lot in her career. She has been immensely admired for her wins. She holds world championships and titles for UFC, INVICTA featherweight, Current Bellator Featherweight etc. 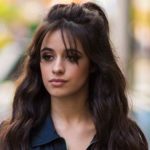 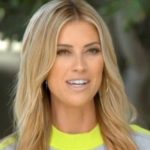