Cybill Shepherd is an American actor, model, and singer. She is best known for her performances in movies such as ‘The Last Picture Show’ and ‘Taxi Driver.’ Shepherd started working as a model in her teenage years. After winning the ‘Miss Teenage Memphis’ title, she was offered several modelling assignments. She was featured on the cover of the fashion magazine ‘Glamour,’ which caught the attention of film director Peter Bogdanovich.

She made her debut with his movie ‘The Last Picture Show.’ Her debut performance earned Shepherd a nomination for the ‘Golden Globe Award’ for the ‘New Star of the Year – Actress.’ Following her success in this movie, Shepherd was offered major roles in movies such as ‘The Heartbreak Kid,’ ‘Daisy Miller,’ and ‘Taxi Driver.’ When her career graph in movies starting showing a decline, Shepherd returned to her hometown and began working in regional theatre.

When she returned to screen appearances, Shepherd concentrated on TV series. For her stellar performance in the series ‘Moonlighting,’ Shepherd won the ‘Golden Globe Award’ for the ‘Best Actress- Television Series Musical or Comedy.’ ‘Cybill’ was another sitcom in which she gave a noteworthy performance. She is a social activist and supports causes such as gay marriage and abortion rights. Shepherd has written her autobiography, too

Cybill Shepherd was born in  Memphis, Tennesse, the United States of America, on 18 February 1950. She is the daughter of Patty, a homemaker and William Jennings Shepherd, who managed a home appliance business. She was named using a name blend that referred to her grandfather Cy and her father, Bill.

She attended East High School, where she took part in beauty contests, and she won the “ Miss Teenage Memphis” title. She also represented the City during the Miss Teenage America in 1966, and she won the congeniality award. In 1968, she competed for the “ Model of the Year”, and later on, she became the Fashion superstar. She l was later enrolled at Hunter College, the College of New Rochelle in New York University and finally the University of Southern California.

In her autobiography, Cybill stated she called her mother in 1978 crying and unhappy wither life and career were going. Her mother replied, “ Cybill Come Home “ Shepherd went home to Memphis, where she met and started dating David .M Ford, a local auto parts dealer and nightclub entertainer. She became pregnant, and they married that year.

Their daughter Clement Ford was born in 1979. The marriage ended later in divorce in 1982 in 1987. She[pherd became pregnant by chiropractor Bruce Oppenheim and married him, and they had twins Cyrus Zachariah, and Molly Ariel Shepherd-Oppenheim and the couple divorced later in 1990

In 1970, Cybill Shepherd was featured on the cover of the women’s magazine ‘Glamour.’ This was a significant turning point in her life. Noted director Peter Bogdanovich noticed her picture and offered her a role in the movie ‘The Last Picture Show,’ released in 1971. It was a drama movie with Jeff Bridges in the lead role.

The movie told the story of two friends. Shepherd performed as ‘Jacy Farrow,’ the girlfriend of one of the protagonists. The movie was a huge success and won several awards and accolades. Her performance in this movie earned Shepherd a nomination for the ‘Golden Globe Award’ for the ‘New Star of the Year-Actress.’

In 1972, Shepherd appeared as ‘Kelly Corcoran’ in the dark romantic comedy ‘The Heartbreak Kid.’ The movie narrates the story of a man who falls in love with another girl during his honeymoon trip with his wife. ‘Kelly Corcoran’ was the beautiful college girl who was the love interest of the protagonist. The movie received favourable reviews from critics.

In 1974, Shepherd played the title role in the drama movie ‘Daisy Miller.’ It was about a rich and beautiful young woman disregarding the ways of the upper class. The movie was directed by Peter Bogdanovich. It turned out to be a box-office failure. The same year, she recorded her debut music album, ‘Cybill Does It…To Cole Porter.’

In 1976, Cybill Shepherd appeared in the psychological thriller ‘Taxi Driver.’ The movie was about a taxi driver obsessed with a girl named ‘Betsy’ ending up being driven to insanity. The movie featured Shepherd as ‘Betsy.’ Shepherd received good reviews for her work in the movie.

In the latter half of the 1970s, Shepherd faced a setback in her acting career. Several movies featuring her, such as ‘At Long Last Love,’ ‘The Lady Vanishes,’ and ‘The Return,’ turned out to be box-office failures. Shepherd returned to her hometown, Memphis, and concentrated on performing in regional theatre.

In 1982, Shepherd returned to New York for a theatre tour of ‘Lunch Hour’ by Jean Kerr. From 1983 to 1984, she performed in the TV series ‘The Yellow Rose,’ which was aired on the ‘NBC’ network. The series was about the life of the ‘Champion’ family, with Shepherd performing as ‘Colleen Champion.

Cybill was nominated for Emmy Awards in 1986, 1995, 1996 and 1977 for outstanding Lead Actress in Drama and comedy series. She was also nominated three times for  Golden Globe Award for her appearances in Moonlight, Cybill and The  Last Picture Show.

Net Worth, Salary & Earnings of Cybill Shepherd in 2021

The professional Career of Cybill Shepherd began in the early 1970s, and over four decades, she has accumulated a net worth of $45 million as of 2021. This has come from her career as a singer and also an actress. She started modelling when she was still in High School.

Cybill has worked to be where she is today; she has been dedicated to her work, has put a lot of effort, and finally, she made it; she has also been able to make a good wealth for herself from the humble background she was raised. 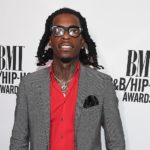 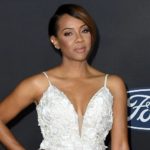