Daisey O’Donnell is a British singer, social media sensation, model, blogger, and YouTube star who has gained popularity for appearing as a participant on The X Factor in 2014 as well as for contesting for Miss England 2015 title. In addition to that, she also went on to become a finalist on the teen music competition TeenStar.

Daisey O’Donnell is of Swedish, Irish, and English descent. 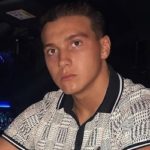 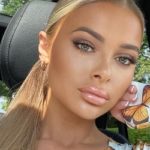