Daler Singh is an Indian Singer, songwriter, author, and record producer popularly known as Daler Mehndi. He is popular for making Bhangra, an Indian traditional dance, to be known worldwide. He also made Indian pop music independent of Bollywood music. He is not only known for his dance songs but also his voice, turban, and long robes.

Daler Mehndi was born in Patna, Bihar, on 18 August 1967 to Ajmer Singh Chandan (late) and Balbir Kaur. They are six brothers, including Mika Singh. Two of his brothers are late. Though he was born in Bihar, he had a great influence on Punjabi culture, and most of his songs are in Punjabi.

Being raised in a home of musicians, he was so passionate about music and ran away from home to pursue a music career at the age of eleven. He even formed a music group comprising his brothers, cousins, and friends in 1991.

Not much is known concerning Mehndi’s educational background. He was obsessed with his music career and ran from his home when he was eleven to pursue his music career. He made his first stage performance at the age of thirteen and attracted over 20,000 people.

Mehndi has been married to Taranpreet for a long time now. The couple is blessed with four children, namely; Ajit Kaur, Gurdeep Mehndi, Prabhjot, and Rabaab Kaur Mehndi. His daughter Ajit is married to the son of Hans Raj Hans, a Punjabi singer, Navraj Hans. One of his sons, Gurdeep, got engaged to Jessica Singh, a fellow actress, in 2014.

Mehndi found himself on the wrong side of the law after he was accused of cheating people to take them to America and collecting huge amounts from them. In 2018, he was imprisoned for two years, being accused of human trafficking. Together with his brother, Shamsher, they were changed for sending people abroad for their dance troupes illegally.

Daler Mehndi is straight as far as sexual orientation is concerned. He is neither gay nor bisexual and has not had such rumors. He has been married to his wife for the longest time. They are blessed with four children and are happily living together without plans of separating.

Mehndi started his professional career in 1995 and was signed to a three-year contract by Magnasound. His first album, Bolo Ta Ra Ra which sold over 20 million copies. He was recognized as a pop star and won Channel V’s Best Indian Male Pop Artist. His second album with this label, Dardi Rab Rab, was launched in 1996. This time he received three nominations and won the Best Indian Male Artist Award.

He released his third album, Balle Balle, in 1997, which got him a channel V award in six different categories. The same year, he performed his popular track, Bolo Ta Ra Ra, in the Bollywood film, Mrityudata, featuring Amitabh Bachchan. Finally, the film sold 1.5 units in India.

He released “Tunak Tunak Tun” in 1998, which cemented his status as the biggest pop star in India and later internationally. His next album, Ek Dana, was released in 2000 with the TIPS Music label. In 2001, he signed with Universal Music and released his new track, Kala Kauwa Kaat Khayega. In September 2014, he released the song “Aaja Mere Twitter Te,” which was followed by an album in November called “Best of Gurbani.”

Apart from producing songs, Mehndi was signed by Coca-Cola to promote their products, whereby he was featured in thirty concerts in India. In 2013, he performed at the YouFest festival in Spain. In 2014, for the second time, he was invited for a performance in Nigeria to celebrate Diwali.

Mehndi has got several recognitions and awards from his career. He received his first award from Channel V as Best Indian Male Pop Artist and received it the following year. In 1997, he was again awarded by Channel V for six different categories. In 1998, his album “Tunak Tunak Tun” won the best Indian Pop Album from Screen Awards.

Net Worth, Salary & Earnings of Daler Mehndi in 2021

Daler Mehndi has become a very successful singer all over India. He has accumulated a net worth of $15 million as of 2021. Singing and producing is his main source of income. He is also an actor for minor roles, which also adds up his money. He launched his record label, DRecords, which comprise several artists and also adds up his earnings.

Daler Mehndi has become one of the most successful pop stars in India as it is hard to find one there. His songs are loved by many, and with his talent, he is going far. Ly was known in India but even to other parts of the world and has been invited for performance. 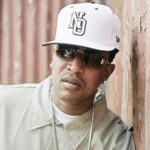 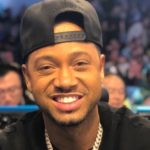