Daniel Marc Snyder is a businessman based in America who owns ‘the Washington Football Team.’ The team Washington Redskins is an football team in America that comes under the ‘National Football League.’ In 1999, Synder acquired The Redskins, (the team’s last name) from Jack Kent’s Cooke’s estate.

Daniel is also the majority investor in “the Red Zebra Broadcasting” through Redskins radio ESPN. He has started a marketing company by his name called Snyder Communications.

Daniel was born in Maryland in the year 1964. Daniel’s father, Arlette Snyder, was a writer who freelanced. To run the family, his father had to write for ‘National Geographic’ and ‘United Press International.’

Daniel first worked at a bookstore called Dalton as his first job in the White Flint Mall. He suffered from his first business failure at the young age of 17. Then, he collaborated with his dad to sell bus-trip tickets to the Washington Capitals fans while there was a hockey match in Philadelphia. Three years later, Daniel was proudly earning around a million dollars from his business of leasing jets to college students for a spring break. He claims that he had set the entire company in his parent’s bedroom with his friend Joe and a few telephone lines.

Snyder started a magazine called ‘the Campus USA,’ a college student magazine. This magazine got supported by a few wealthy investors.

Daniel was enrolled in Hillandale Elementary School but didn’t finish his school studies there. He joined a private school in a small town in London called Henley-on-Thames as he had moved there. He didn’t stay there much longer and returned to the United States to live with his grandma in New York. Again, his family shifted back to Maryland after a year, allowing Daniel to graduate from Charles W. Woodward High School finally.

Later he joined the ‘University of Maryland,’ College Park. Then he dropped out at 20 to seek his business adventures.

In 1994, Daniel wedded Tanya Ivey, who was a fashion model in Atlanta. Currently, she is a spokesperson for the awareness of breast cancer. The couple together has three children.

Daniel is a philanthropist. Time and time again, he has contributed his money to various causes, mainly for charity and funds for the disaster management sector. His contributions include $1 million for the Sept 11 attacks’ victims, $600,000 for the victims of Hurricane Katrina, charity as shipping costs payments for the victims of the 2004 tsunami in Indonesia and Thailand, relief efforts at Hurricane Matthew as well as allowing his private plane to be dispatched to provide emergency supplies in Bahamas and Port-au-Prince.

Synder loves to fly on the Bombardier BD-700 Global Express XRS, his own business jet.

No, Snyder is not gay. He is a straight person. His marriage to Tanya has attained 27 years, and they have three children. Thus, this fact directly proves that he is a heterosexual, like 93% percent of the world’s men population. That we are facing everyday in our daily life.

Daniel and his sister founded together a wallboard advertising company called Snyder Communications in 1989. Their dad’s seed capital financed it. A Second Mortage their dad’s mortgage allowed him to fund his children’s new startup. Besides Michelle, his sister spent the whole of the credit card money of like $35000. The startup helped physicians’ schools and offices to establish wallboards.

The company’s growth skyrocketed very firmly, and the siblings put in efforts to expand their company in an organic way and by acquisition. Later, they took the help of direct marketing, database marketing, outsource marketing, patented product analysis, information displays at public locations, call centers, and field sales.

At age 32, in 1996, Daniel Snyder had his name placed in the ‘youngest-ever CEO of a New York Stock Exchange-listed company’s list. Snyder had several backers, and many of them earned substantial returns on their primary investment.

The company continued growing and had over 12000 working staff with an annual turnover of $1 billion. Later, Snyder sold his company to Havas, a French advertising and marketing company, in 2000 for $2 billion. This scale has been the most massive in this niche industry.

He was named the youngest CEO of a ‘New York Stock Exchange’ listed company. Daniel became the ultimate financier of “Tom cruise production company.” In 2008, he produced as an executive producer of the movie “Valkyrie.”

Net Worth, Salary & Earnings of Daniel Marc Snyder in August 2021

As of 2021, Daniel is believed to have an estimated net worth is $3 billion. He has gathered such great fortune after he put in great deal of hard work in his company the Snyder Communications. The company had seen tremendous amount of success both in terms of financially and in scale. He sought even more wealth after being the principal investor and owner in ‘Red Zebra Broadcast.’ He also owns Dick Clark Productions.

Daniel Snyder is a successful American businessman. He has achieved very much in his life in terms of material wealth, fame, and success. He had learned entrepreneurial skills from a tender age. He is very dedicated to his work as he has got multiple ventures and investments and media houses to his name. He is an inspiration for youths. 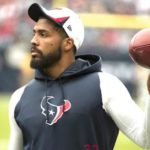