David Crowder is a popular American Christian music singer and songwriter. He is very talented and can play multiple instruments. Crowder was previously the lead singer of David Crowder Band. He has released many albums with his band and as a solo artist.

David Wallace Crowder was born on November 29, 1971, in Texarkana, Texas. He is the son of Marian Elizabeth Crowder and Daniel Wallace Crowder. His father used to work as an insurance agent, and he also has a younger brother named Stephen Edward Crowder.

He was interested in music from a young age. Following his high school degree, David Crowder went to the Baylor University located in Waco, Texas.

David Crowder has been successfully married to his wife Toni Crowder for a long time. Not much is known regarding his personal life as he prefers to keep it private. There are also no reports if he has any children.

The sexual orientation of David Crowder is neither gay nor bisexual as he is very straight. He is happily married to the love of his life and is faithful to his wife.

While in Baylor, David Crowder realized that more than half of the students didn’t attend church. In 1995, he became a pastor of worship. He used to write songs, and in 1996, he formed David Crowder Band. In 1998, the band released an independent album, Pour Over Me. The band’s first studio album was ‘Can You Hear Us?’ in 2002. A year later, they came up with Illuminate.

This was followed by the albums A Collision, Remedy, and Church Music. The band’s last album was ‘Give Us Rest’ in 2012. David Crowder Band has also released four live albums including two independent live albums. They have released three EPs and one compilation album. The holiday album called oh for Joy was released in 2011.

Following the disbanding of the David Crowder Band, he decided to have a career as a solo artist. In 2012, Crowder released his debut album iTunes Session. He then came up with Neon Steeple in 2014. Two years later, he came up with the album called American Prodigal. Crowder then released I Know a Ghost in 2018.

He is all set to release the album Milk and Honey in June 2021. He has also released many singles including “Come As You Are”, “Run Devil Run”, “Back to the Garden”, “Nights Like This”, ” Lift Your Head Weary Sinner”, and “Red Letters”. Crowder’s EP entitled Neen Porch Extravaganza became available in October 2015.

David Crowder is the winner of three GMA Dover Awards from 15 nominations. He won the award in multiple categories. Crowder has also received three nominations for the Grammy Awards. Apart from this, he has won the K-LOVE Fan Nods Award. His band has been named Artist of the Year in 2006 by MSN.

Net Worth, Salary & Earnings of David Crowder in 2021

As of 2021, The approximate net worth of David Crowder is $8 million. He made this fortune after the sale of his albums. With the David Crowder Band, he has released many albums and singles. Additionally, he has also released music as a solo artist. His success has made him win many awards and nominations. Crowder is very talented and can play a variety of instruments. He continues to be active in his profession and can come with many things. His band has also released 16 singles, and it was active until 2012.

David Crowder is a very talented person who has never been in any controversy. He has written many inspiring songs and is an influential person. Crowder continues to be active in his career and encourages people to attend church. 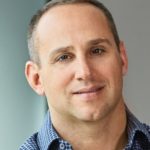 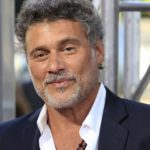