David Ashworth Gates is a popular American singer-songwriter, musician, producer, and guitarist. He was among the frontline of the group, Bread with Jimmy Griffin, as well as a co-lead singer. The group reached the top on most music charts in Europe and North America on various occasions in the 1970s. The band was even inducted into the Vocal Group Hall of Fame.

David Gates is from Tulsa, Oklahoma. He was born on 11 December, his parents being Wanda Gates, a piano teacher, and Clarence, a band director. Being surrounded by musicians, he learned to play piano, violin, bass, and guitar when he was young.

Gates was enrolled at Will Rogers High School, where he formed The Accents band with fellow high school musicians. The band consisted of Claude Russell Bridges as the piano player but later changed his name to Leon Russell. The band backed Chuck Berry during the 1957 concert. They released “Jo-Baby” and “Lovin’ at Night”, and side A was written by Jo Rita, his future sweetheart. After enrolling at the University of Oklahoma, Gates married Rita.

After his family relocated to Los Angeles in 1961, Gates continued to write songs while working as a music copyist, studio musician, and producer for various artists.

Gates has been married once to his high school lover, Jo Rita, since 1959. They are blessed with three children, of which two are lawyers while one is a cardiothoracic surgeon.

He learned cattle ranching business while touring with his band. He later purchased a 1400-acre cattle ranch which was financed by royalties from the group. He has disclosed on his Facebook page that he lives happily with his wife in Mount Vernon, Washington, where he is enjoying his retirement.

No. Gates has a straightforward sexual orientation. He is neither gay nor bisexual and has never had such rumors. He has had only one lover all his life, and that is his high school sweetheart. They are still together and live a happy life.

After his experience with the Accents band, Gates continued to release singles in the 1960s. He produced a debut album for the band, “The Pleasure Fair”, in 1967, in which Robb Royer was a member. After almost a year, Gates and Royer collaborated with Jimmy Griffin to form a new band called Bread, which was signed by the Elektra record company.

The first album was released in 1969 with the name “Bread” and was no 127 on the Billboard 200. Gates was the writer of the first single, “Dismal Day”, which was released in June 1969, although it did not peak. Their second album, “On the Water”, had a reference from Ecclesiastes 11:1, which was released in 1970. They had a new drummer called Mike Botts. This album was their breakthrough to success. Bread listed 11 singles on the Billboard Hot 100 between 1970 and 1973, which were all written and sang by Gates. This brought differences between Gates and Griffin, who were the main contributors to the band. The band disbanded in 1973.

After the band reunited in 1976, they released an album, “Lost Without Your Love, ” written and sung by Gates. The most successful single that Gates released as a solo artist is “Goodbye Girl” in 1977. After the release of his album “Falling in Love Again” in 1979, Gates became less active in music and only returned in 1994 with a new album “, Love is Always Seventeen.”

Concerning Gates awards, the internet does not show the record of the awards he has received throughout his career. However, he has been a successful musician, and his songs have many fans.

Net Worth, Salary & Earnings of David Gates in 2021

As of 2021, Gates has an estimated net worth of $4 million. At his age, is not expected to have much involvement in the music industry. He has earned much of his wealth from his singing career as a solo artist and from the bands he was involved in. he has also been involved with cattle ranching, which has also contributed to his wealth increase.

David Gates is one of the most successful rock singers. Even at his old age, he at least has something to show, which he gained from his career. He was able to multitask his singing career with his cattle ranching business, showing how dedicated he is towards what he loves doing. 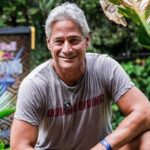 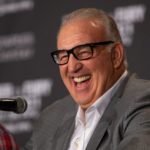