David Otunga is a lawyer, actor, and former wrestler, currently working for WWE as a commentator. He was the first runner-up of NXT when it was a game show. He is also a member of the original Nexus. He was also part of The New Nexus, being the only member to be part of both teams for their entire duration. As an active wrestler, he is a two-time WWE Tag Team Champion, winning it once with John Cena and once with Michael McGillicutty. After retiring from wrestling in 2015, he appeared in a few films and television shows.

David Otunga was born in Elgin, Illinois, the U.S., on April 7, 1980, to parents Moses Otunga and Billie Otunga. His father is from Kenya, while his mother is European-American, and both are educators. He has the family’s youngest child, and he has two older siblings. From a very early age, he was into sports, and when he told this to his parents, his parents gave him their full support.

David Otunga attended Larkin High School, and after graduating, he attended the University of Illinois, graduating with a bachelors’ degree in psychology. After this, he went to New York City and started working as a laboratory manager at Columbia University’s Cognitive Neuroscience Center. He then gained an interest in law, attended Harvard Law School, graduated in 2006, and passed the Illinois bar exam. He joined a law firm and worked there for two years.

David Otunga is currently single, but he was in a relationship with actress Jennifer Hudson for many years. The couple met in 2007, and after nearly seven months of dating, David proposed to her on her 27th birthday. Their son was born in 2009, whom they named David Otunga Jr. The couple never got a chance to marry, and their divorce was far from amicable. Jennifer accused David of being threatening and abusive, and the battle escalated when both were fighting for the custody of their son. After deciding in 2019, they never revealed to the public who got the custody.

David Otunga was in a relationship with Jennifer Hudson for almost nine years, and they also have a son together. No report claims he is gay. We can confirm that he is a straight man.

David Otunga has had a career in many fields. One of his more successful ones was as a professional wrestler. In 2008, he began his professional wrestling career, and since then, he has experienced an upward curve in his career. He became part of NXT, and with slow and steady growth, made the big jump when he joined the Nexus.

The group was made of all the contestants of the first season of NXT, in which he finished as a runner-up. The group interfered in many matches, and finally, when they faced Raw’s team, they lost. Soon after, he won the tag-team championship with John Cena. After a few years, he was released from WWE, and he decided to retire.

He later made a comeback and became a commentator. Apart from wrestling, he has tried his hand in acting, and he has been timidly successfully. He has appeared in shows like The Tonight Show with Jay Leno, Celebrity Ghost Stories, Family Time, etc. He made his film debut in 2013 with the release of The Call, which was fairly successful. He has acted in other films like Days Like This and Live to Tell.

David Otunga has achieved many things in his wrestling career. He had won the Tag Team Championship when he was part of WWE. In total, he has won it twice, with John Cena and Michael McGillicutty. He has also won two Slammy Awards. He was named Rookie of the Year in 2010 by Pro Wrestling Illustrated.

Net Worth, Salary & Earnings of David Otunga in 2021

David Otunga is certainly a successful person. He has managed to achieve fame and success in all his fields of interest. With the perfect mindset, he has done a lot and is currently working to achieve much more. 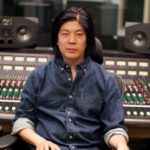 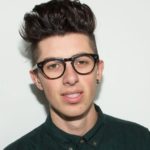