De’arra Taylor is a popular American YouTuber and social media influencer who co-runs the channel De’arra & Ken 4 Life with her boyfriend Ken Walker. The couple documents their daily lives on the channel via vlogs and also uploads extreme pranks, challenges, and storytelling videos. Most videos on De’arra’s channel amass upward of 1 million likes and the channel boasts of more than 6 million subscribers. She is also known for her racy posts on Instagram where she has garnered more than 4 million followers. 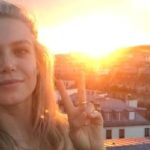 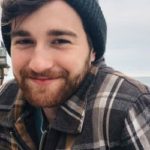