Deji Olatunji, popularly known as “ComedyShortsGamer,” is a well-known YouTuber who uploads videos on gaming, comedy, and music. He rose to popularity in mid-2013 when he reached the benchmark of one million subscribers on his YouTube channel. He is said to have gotten inspired by his elder brother, who is also a successful YouTuber.

Deji Olatunji was born on the 9th of December 1996 in Westford, London, where he was also raised. His parents Jide Olatunji and Yinka Olatunji, are of Nigerian lineage. His birth name is Oladeji Daniel Olatunji. When he started his channel and started getting popular, he became known as Deji and “ComedyShortsGamer.” He has an elder brother who is also very famous owing to his YouTube channel. In fact, he is the one who inspired Deji to start and run his own gaming channel.

Young Deji was sent to the local school in Watford, London, like his elder brother. After this, he joined a college in London to pursue a degree in Arts but soon dropped out of it to start his own YouTube channel. Initially, his parents were against this decision, but later they got convinced because his brother was already doing well in the same.

It was the YouTube meet and great where Deji and Dunjahh met for the first time. They got close to each other and were often seen together in one another’s videos. After almost a year of dating each other, the couple confirmed publicly through one of their videos. They have millions of fans who love their work and support them in the same.

Dunjahh is also a YouTuber who makes videos on random vlogs.

No, Deji Olatunji is not gay. He is currently in a relationship with a fellow YouTuber, Dunjahh. The couple has been dating each other for more than four years now. They seem incredibly compatible and dream of growing their respective channels to the highest possible level.

Deji started his YouTube channel when he was in college. His brother’s success in YouTube inspired him to start his own. He had begun this only as a hobby, yet it took a big turn in his life. Hence, he decided to do it full time. Initially, he did games, but later, he went on doing everything, starting from pranks to different kinds of exciting challenges, which kept his viewers entertained.

He hit the one million mark in 2013, and there has been no looking back since then. Later, he also uploaded music videos which made his subscribers go crazy. This earned him immense love and support because of which today he has over seven million subscribers on YouTube.

The young YouTuber and music artist has won millions of hearts in a short period. Besides, he has successfully achieved specific titles and awards, which makes him even more special. He has been placed in second place in the “UK’s Most Influential YouTube Creators” in 2015. He also was the runners up in the ‘Legends of Gaming’ competition in the same year, which took place among fellow YouTubers, Wroetoshaw and Calfreezy.

Net Worth, Salary & Earnings of Deji Olatungi in 2021

Deji Olatunji is definitely an inspiration for many who want to make it big in their lives. His hard work and perseverance have brought him where he is today. He never fails to upload on a regular basis and amazes his audience with his content. 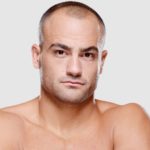 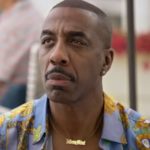