Derick Dillard is a new name to many, but Jill Dillard is not. Derick is famous for his appearance in the TV show, counting on, and also due to his beloved. The following article aims to disclose the life of Derick Dillard, husband of Jill Duggar Dillard.

Dillard was born on 9 March 1989 in Arkansas, the United States, to Cathy Dillard and Rick Dillard. His father passed away in 2008 due to a heart attack in sleep. Dillard was 19 years old at the time. His mother did not marry anyone for a few years, but later, in 2011, she got married to Ronnie Byrum. He is the eldest son and has a sibling named Daniel. His stepfather loves both children like his own and supports them.

Dillard attended Oklahoma State University in Oklahoma City. His father passed away when he was in his sophomore year. He was attached to his father, and this motivated him to take part in his school’s mascot, Pistol Pete, as his father held the role. Unfortunately, he was rejected, but he did not give up and tried it again; this time, he was selected, and he completed his task as a tribute to his late father. Dillard graduated with Bachelors’s in Business Administration, Accounting, and Economics and passed out in 2011. Recently, he gained his interest in law and joined the University of Arkansas School of Law Legal Clinic.

Dillard fell in love with Jill and asked her father’s permission first, and after her father agreed, he began courting Jill. On 21 June 2014, the couple got married after dating for almost a year. After a year of their marriage, the couple was blessed with their first son in 2015, whom they named Israel David Dillard.

The birth of David was complicated as Jill underwent an emergency C-section and her labor lasted almost 70 hours. After the delivery, the couple decided not to have another child, but Jill experienced another pregnancy, and their second son was born, he was named Scott Dillard. Scott was also born through an emergency C-section and labor of almost 40 hours. He was born in 2017.

As far as the sexuality of Dillard is concerned, he is straight. He has been married to Jill Duggar since 2014 and has two children. Above all, Dillard is against the LGBTQ community and thinks it is a sin. He has made several post/comments which appears to be Trans/homophobic. The prime reason for this is due to his undying faith in the ethics of Christianity.

Dillard started his career in Walmart as a tax accountant after graduating from college. But in 2015, he resigned from his job and joined the TV show named ‘Counting On. He met his wife there and later they got married. After getting married, Dillard, and his wife, quit the TV show, and Dillard began working as a Missionary at the Cross Church School of Ministry. Presently, he dreams of becoming a lawyer, and he is studying for the same.

Dillard is working in a field where there are no many awards. Hence, Dillard has not been nominated or awarded any awards so far. But he has many fans and followers. He has over 700k followers on Instagram.

Net Worth, Salary & Earnings of Derick Dillard in 2021

Dillard has a net worth of $600 thousand as of 2021. The major share of his income is derived from his profession. He had a remuneration of $10k when he worked for ‘Counting on’. Earlier, he used to work as an accountant.

Dillard’s wife, Jill Duggar, was sexually abused as a teen by her brother

Dillard is a person who rose to stardom with his determination and hard work. He does not rely on others and works with dedication. All this reason contributed to him been able to capture the hearts of many even though he was a commoner. 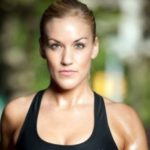 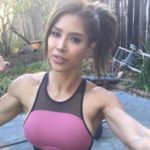