Diego Maradona was an Argentine professional footballer and football manager who is widely regarded as one of the greatest football players of all time while many regard him as the greatest footballer ever. He gained acclaim with his stint with Napoli and Barcelona and had also played for Argentinos Juniors, Boca Juniors, Sevilla, and Newell’s Old Boys. The Konex Foundation from Argentina honored him with the Diamond Konex Award, one of the most prestigious culture awards in Argentina, in 1990.

On November 25, 2020, Diego Maradona died of a heart attack at the age of 60 at his home in Tigre, Buenos Aires, Argentina.

He began his soccer education at an amateur club Estrella Roja. Eventually, he was spotted by a talent scout working for the Argentine giants Argentinos Juniors. At the age of 8, he was selected in the junior team of a Buenos Aires-based club, which was better known as Los Cebollitas (The Little Onions).

He was formerly represented by Jon Smith.

However, later his ex-wife Claudia started representing him.

He wore a #10 shirt while playing for Boca Juniors, Barcelona, Argentina National team, and Napoli.

He was of Argentinian (Italian, Spanish, Croatian, Indigenous) descent.

Diego has a long-standing brand endorsement deal with Puma.

In 2010, he was signed on by the luxury watch brand Hublot as a brand ambassador.

Later, he signed a deal with the Indian jewelry brand Chemmanur International Jewellers.

He was raised in a Roman Catholic household.

He made his debut for the Boca Juniors on February 22, 1981, against Talleres de Córdoba. He went on to score twin in 4-1 victory.

On February 27, 1977, he made his international debut for Argentina in a friendly match against Hungary.

On September 16, 1984, he made his first appearance for the Italian club Napoli against Hellas Verona in a 3-1 away loss.

As an actor, he made his first film appearance in the musical comedy Qué linda es mi familia! as himself in 1980.

Apart from soccer matches, his first TV appearance was in the comedy show Supermingo in 1986 in the very first three episodes. 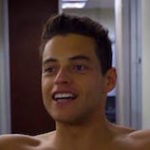 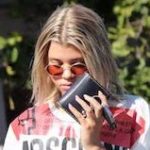