Dita Von Teese is a woman who has made a name in the business world and among models, burlesque dancers, and vedettes. She is also an actress in not only mainstream but also adult films. She also has a nickname, Queen of Burlesque, since she restored the popularity of burlesque performance. Equally important, she is a trained ballet dancer and a costume designer.

Born to Ken Sweet together with Bonnie Lindsey as Heather Renee Sweet, Dita Von Teese’s date of birth was 28th September 1972. She was born in Rochester, Michigan, as the second born of a family of three girls. Her father worked as a machinist, whereas her mother was a manicurist by profession.

Due to his father’s job, the family left Rochester, Michigan, for Orange County, California. She began learning how to dance ballet at the age of 13. However, she stopped the training two years later, saying that there was no room for improvement.

If you are wondering the reason behind the change from Heather Sweet to Dita von Teese, worry no more. Dita comes from here idol Dita Parlo who was an actress. As for Von Teese, it was an abrupt choice upon request by Playboy to give a surname for its December 2002 cover. Her choice was Von Treese, but she never bothered to change it from Von Teese after Playboy misspelled it.

Dita’s love life has had ups and downs. She caught the eye of Marilyn Manson, who was one of her fans and her website’s members. Their first meeting was for Dita to dance in Marilyn’s music videos upon the latter’s request. That didn’t work, but they remained connected.

When Manson was turning 32, which was back in 2001, she came with an absinthe bottle. That same day, the two became a couple. The proposal came three years later in 2004 on 22nd March. Its seal was a 7-carat diamond ring with a European round-cut design.

They had a private marriage event the following year on 28th November before holding a big event on 3rd December. Vogue covered the event. However, not even the glamour made the marriage work since, by 29th December 2006, Dita Von Teese had filed a divorce. The reason was irreconcilable differences, and coincidentally, Manson received the papers on his birthday in 2007 on 5th January.

She doesn’t have a child. At the moment, she is romantically involved with Adam Rajcevich, who is a graphic designer. They have been together since 2014.

Dita Von Teese had an opportunity to clear the air regarding her sexual orientation with HuffPost. Interestingly, she said that she is straight. That’s despite admitting that she sleeps with women. She said that it was just experimental and that it happened when she was young. Therefore, sleeping with a woman was not because she was a lesbian. On the contrary, she did it in the name of love.

Dita Von Teese has appeared in various movies, especially adult films. They include Romancing Sara, Matter of Trust, Pin-Ups 2, Blooming Dahlia, and The Death of Salvador Dali, just but to mention a few. She was also herself in Bettie Page Reveals All, Sunset Strip, Crazy Horse Paris with Dita Von Teese, and Indie Sex.

Dita Von Teese also has an eponymous studio album and makes appearances on magazine covers such as Playboy, Marquis, and Bizarre. In addition to that, she does catwalks, models, designs lingerie, owns a clothing line, has a makeup collection, and creates fragrances.

Despite her great skills and performances, Dita Von Teese is yet to bag any nomination or awards.

Net Worth, Salary & Earnings of Dita Von Teese in 2021

As of 2021, Dita Von Teese’s net worth is estimated to be about $20 million. She has several sources of income, including modeling and being a vedette. As a burlesque dancer, she also makes money through various burlesque performances. Her appearances in different television shows and adult films have also earned Dita Von Teese money. Equally important, she is a businesswoman, and that has seen her net worth grow over time.

Dita Von Teese is a Jack of many trades. She dances, acts, and models. She is also a businesswoman who owns a clothing line, lingerie design, and makeup collection. Her hard work has been rewarding since she is not only famous but also wealth. 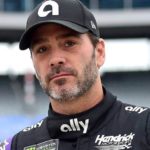 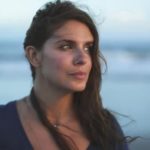