Donald Fagen is a popular American singer, songwriter, and keyboardist. He is most well-known for being the co-founder, singer, and keyboardist of the legendary rock band, Steely Dan as well as his solo career. He is a multi-time Grammy Award winner, and he was even inducted into the Rock and Roll Hall of Fame in 2001.

Donald Fagen, whose full name is Donald Jay Fagen, was born on the 10th of January 1948 in Passaic, New Jersey, U.S. to parents, Joseph “Jerry” Fagen and Elinor Fagen.  His father was an accountant while his mother was a homemaker, and she had previously worked as a singer as well. He was drawn to music in his early years and had learned to play piano as well as baritone horn in his high school years itself.

Donald Fagen received his high school education from South Brunswick High School, from where he graduated in 1965. Following that, he went to Bard College, where he studied English Literature. There, he met Walter Becker and Chevy Chase with whom he formed the band, The Leather Canary. He later studied at Berklee College of Music for a few semesters.

Donald Fagen married the popular songwriter, Libby Titus in 1993. He has known Libby since his college days.  In 2016, Titus got injured after Fagen allegedly shoved her against a marble window frame in their apartment. This led to Titus revealing that she would be divorcing her husband but they later got back together.

Donald Fagen is straight when it comes to her sexual orientation and is neither gay nor bisexual. He has been married to the popular songwriter, Libby Titus since 1993. Apart from that, there isn’t any record of his previous relationship as well. Going by his relationship history, it’s clear that he is a one-woman man and he is straight.

Donald Fagen began his career in 1971 with the formation of the popular rock band, Steely Dan. Donald, who performed on keyboards and lead vocals, formed the band with Walter Becker, who performed on guitars, bass, and backing vocals. Their first album, “Can’t Buy a Thrill” was released in 1972 and the album’s singles, s “Do It Again” even went on to capture the 6th position on the Billboard singles chart.

Coming to Donald Fagen’s solo career, he released his debut solo album, “The Nightfly” in 1982. The response was absolutely outstanding as the album not only earned a Platinum certification but also went on to be nominated for the Grammy Award for Album of the Year.

In 1993, he released the album, “Kamakiriad” which captured the 10th position on the Top 200 albums chart and got nominated for the Grammy Award for Album of the Year as well. In 2012, he released the fourth album, “Sunken Condos” which captured the 12th position on the Billboard Top 200 albums list. Apart from music, he is into writing as well. His autobiography, Eminent Hipsters was released in 2013.

Net Worth, Salary & Earnings of Donald Fagen in 2021

As of 2021, Donald Fagen has garnered a net worth of $60 Million. He has garnered most of his earnings from his career in music as well as the various music tours he has been a part of. He is a multi-time Grammy Award winner, and he has been amazingly successful both as a solo artist and as part of Steely Dan.

Donald Fagen has been a great musician and his work proves that. With that being said, we wish him the best of luck in all his future endeavors and hope he keeps entertaining us like he always has. 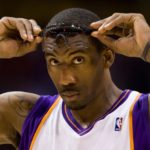 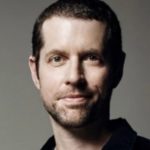