Donna Mills was born on December 11, 1940, in Chicago, Illinois, U.S. She was born in a family background of Artists. Donna’s mother, Bernice Miller, was a dance teacher who was quite famous for her dancing classes in Chicago. Donna’s father, Frank Miller who worked as a market researcher.

Donna did her schooling in Chicago itself. For her primary studies, she attended Garvy Elementary School. Donna was a very brilliant study who did wonders in her school. At Garvy Elementary School, she was double promoted for her excellent performance. She did her high school studies at Taft High School. Due to her double promotion, she graduated at a very early age from Taft High School.

For her University, she opted for the University of Illinois at Urbane-Champaign. Donna was quite active during her college period. She joined the Delta Gamma sorority, which aims at many philanthropic programs, and one of them is service to sight, for which Donna worked with keen interest.

After only one year of attending college, Donna decided to quit college to learn dance and pursue her career in that field. Donna got a chance to perform at the Summer Stock productions’ stage, where she gained dancing experience.

Donna Mills has been very open regarding her personal life. She hasn’t tied the knot to any men in her 80 years of life span. Donna Mills decided to adopt a daughter in 1994. Donna adopted a newborn baby girl in 1994 and decided to name her Chloe. Donna makes quite a few public appearances with Chloe.

Donna was said to date Richard Holland in the middle of her career, but she never gave a confirmation. Donna is currently dating Larry Gilman. Larry is an actor and producer in the profession. Donna has confirmed her relationship with Larry and often makes appearances with him and posts pictures of the couple on her social media handle.

Donna Mills is currently dating Larry Gilman. She has adopted a daughter named Chloe. This proves that Donna is not a lesbian.

Donna started her career with dance and acting at theatres. Donna did her first theatre at the Drury Lane Theater under Neil Simon’s first play Come blow your horn. For her second project, she was cast in a musical based production called My fair lady. This show made to shift to New York City.

After shifting to New York City, Donna made her first TV debut in which her character’s name was Rocket. Her first debut television show was a CBS daytime soap opera named The Secret Strom, which aired in 1966.

Following her debut in TV, she got a chance to work in films. Her first film was The Incident, which was released in 1967, where her co-stars were Martin Sheen, Beau Bridges, Ed McMahon, and Thelma Ritter. In 1967, she got a chance to work in another movie named Don’t Drink the Water and a long line character in a daily soap called Love is a Many Splendored Thing, where she appeared for three years.

In 1980, while an interview with Jerry Buck for a daily American newspaper called Toledo Blade, Mills stated: “I got tired of playing the victim. It’s a more active role. Abby keeps things stirred up, and I like that.” Towards the starting of the 1990s, Donna focused more on playing characters in television films and series. Her last appearance was in a series called Mood Swings, which aired in 2019.

Net Worth, Salary & Earnings of Donna Mills in 2021

As of 2021, Donna’s net worth is estimated to be $10 million. Her monthly salary is not fixed, but her primary income sources are from her acting and various brand endorsements. Part of her income is also from her cosmetics line in the name “The Eyes Have It.”

Donna is a trendy TV actress who has been consistent in her work career. She has been known for her hard work and commitment in her work and has gained a significant name in the industry. Movies such as Knots Landing and 12 Gifts of Christmas helped her increase her fame in the world. 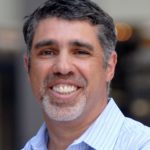 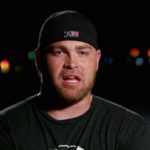