Dr. Younan Nowzaradan is a well-known weight-loss surgeon from all over the world. He is best known for his role as the doctor on My 600-pound Life, but he has also appeared on Skin Tight, Half-Ton Killer & World’s Heaviest Dad, and Mom & Son. The Iranian-American surgeon is 76 years old and specializes in vascular procedure and bariatric surgery. He operates at a number of local hospitals and is affiliated with Houston Obesity Surgery in Houston, Texas.

On the 11th of October in 1944, Dr. Nowzaradan was birthed. He is a citizen of the United States of America. Younan Nowzaradan is his birth name. He is a board-certified surgeon with extensive experience. General and Vascular surgery is his field of expertise. For more than 40 years, he has been in this line of work. He was born in Iran and grew up there.

In the year 1970, he attended Tehran’s prestigious University. He earned a bachelor’s degree in surgery at this institution.

Do you know if Dr. Nowzaradan is married? He isn’t. Currently, he is divorced. He was married to Delores McRedmond, who served as a secretary at the time. In 1975, the couple married. Delores left her work as a secretary to care for her husband and son. Following 27 years of marriage, the pair divorced in 2002. She requested a divorce in 2002, and the legal case lasted two years.

In 2004, the divorce proceedings were completed. 70% of the assets were given to his ex-wife. Dr. Now’s conduct in trying to conceal some of his properties resulted in an unequal distribution. A son and two daughters were born to the doctor and his ex-wife. Jonathan Nowzaradan, the son of Dr. Nowzaradan, is the chairman, CEO, and president of Megalomedia, a Texas-based video production company.

His show, My 600-lb Life, is directed and produced by him. Jennifer, the second daughter, was born on February 21, 1980. She holds a bachelor’s degree in arts from St Edwards University. Jennifer is currently employed as a teacher at a high school in South Austin. Jessica is the name of the youngest girl. Her birthday is May 1st, 1983. In pursuing the arts, she has followed in the footsteps of her older sibling. Jessica is a photographer who loves what she does.

Although he is divorced, there is no mention of being gay. He has been focusing on his work of helping people who require surgical procedures. So I believe that his sexual orientation is straight.

Dr. Nowzaradan began his surgical career right after finishing his studies. As a general surgeon, he served in a variety of Texas hospitals. He specialized in weight-loss surgeries as time passed. The following is a list of his surgical experience:

My 600-lb Life is a TLC reality show that aired on television. The show’s first episode aired on February 1, 2012. He has starred in eight seasons and over 100 episodes so far. The show follows obese patients who seek care from Dr. Now on their weight loss journey.

He assists them in losing weight by performing different types of surgery at his Houston, Texas place. Besides, he creates a pre-and post-surgery diet for his patients. Dr. Also also assists these patients in obtaining therapeutic assistance in order to make the weight loss process more successful. Her happiness at being able to live a normal life, however, was short-lived. She died 12 days after the operation.

Renee died as a result of a heart attack. In the UK, the series Half Ton Mum chronicled her struggle. Is Dr. still in practice? He isn’t practicing, no. The government ordered the closure of all non-essential companies after the COVID-19 pandemic broke out. His clinic was considered one of them, which is why it was shut down. The development ran until March 26th, 2020, when it was considered non-essential.

The manufacturing company was also chastised for exposing its employees and patients to the outbreak. TLC, on the other hand, released a statement to resolve the issue, saying, “Our top priority is the safety of our show talent, crews, and employees.” My 600-lb Life production has halted and will not resume until the crisis is resolved. We sincerely hope that our stars, crews, and families are secure and healthy during this crucial period.

Dr. Nowzaradan has had a long and fruitful career in medicine. His abilities have allowed him to perform very effective surgeries that have left his patients smiling. His vast study in the field of medicine is something to be proud of. He assists his clients in creating a delicious meal for them.

Net Worth, Salary & Earnings of Dr. Nowzaradan in 2021

Dr. Nowzaradan’s net worth is estimated to be in excess of $6 million as of 2021. This fortune was amassed during his illustrious career as a physician. He has partnered with a number of clients, which has boosted his net worth. The icing on the cake for his net worth was when he began hosting a program. He became very well-known as a result of this display, which also improved his net worth.

Dr. Nowzaradan has a proven track record as a competent surgeon. Despite one scandal in his life, he has had a spotless professional career. It is admirable that he is dedicated to changing the lives of millions of people. 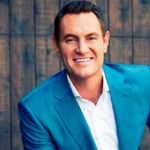 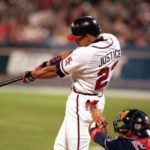