Andrew Alfred Scott, popularly known as Drew Scott, is a Canadian reality television personality. He is also a realtor and entrepreneur. Being known for co-hosting Property Brothers with his twin brother Jonathan, Cineflix Media also features him as a realtor and his brother the contractor. He has appeared in several other shows and co-founded Scott Brothers Entertainment with his two brothers.

Drew Scott was born in Vancouver, British Columbia, Canada, on 28 April 1978. His parents Jim and Joanne were surprised by his birth because they expected a single child, but they came as twins. He is four minutes younger than his identical twin, Jonathan. He has an elder brother, James Daniel, who is two years older.

His father was an actor, stuntman, and assistant director, although he wanted to become a cowboy, as he had seen on television in his teenage years. After starting a family, he started working as a youth counselor while his wife was a paralegal. On their seventh birthday, their father encouraged them to get jobs, and that is when they started a business, JAM, which they used to make nylon-covered hangers. At first, they sold them door to door until a woman ordered thousands.

Drew and his twin brother attended Thomas Haney Secondary School. He liked sports and played both basketball and volleyball as well as coaching. They later enrolled at Calgary University, where Drew studied Kinesiology.

Drew Met Linda Phan in 2010 at a Toronto Fashion week event. They began living together in 2014 in a house in Las Vegas which Drew and Jonathan had bought together. They became engaged on 13 December 2016 and finally married on 12 May 2018.  The couple is staying in Los Angeles, California, where they intend to raise their children.

Drew Scott is straight as far as sexual orientation is concerned. He is neither gay nor bisexual and has not had such rumors. He has been in a long-term relationship with creative director Linda Phan since 2010 and finally got married in 2018. They intend to raise their children together.

Drew began acting in theatre and sketch comedy at a young age. They also trained as an apprentice and would perform in parties as a charge of C$100 per hour. While his brother Jonathan had an interest in magic, his focus was on basketball. He also pursued acting and dreamt of becoming an entertainer but not starving ones.

They leased a seven-bedroom, cleaned and repaired it, and let five of the rooms at $800 per month. They sold the house a year later, making a $50,000 profit. Since then, they have continued to purchase and flip houses and considerable profit margins.

Meanwhile, Jonathan went to school for construction and design, becoming a contractor. They also supported themselves in such jobs as Flight attendant, bikini store manager, busboy, website designer, and personal trainer. Drew abandoned his dream to play basketball after sustaining injuries. Drew enrolled in a real estate program and got his license in 2004, and decided to start Scott Real Estate Inc. with his twin.

Drew still had a passion for acting and moved to Vancouver to pursue acting while Jonathan remained in Calgary to run the business. He was offered a job by Cineflix to host a show, Realtor Idols but was renamed to Property Brothers when they started hosting with his brother Jonathan.

They created Scott Brothers entertainment in 2010 as an independent production company. Drew has continued to pursue his passion for acting and appeared in various films. He also has authored several books, including Dream Home: The Property Brothers’ Ultimate Guide to Finding & Fixing Your Perfect House.

Drew, with his brother Jonathan, won Leo Award for best hosts for Property Brothers in 2012. In the same year, they received a nomination for the Rose d’Or award in the lifestyle show category. In the 2015 Emmy Award, Property Brothers were nominated for the Outstanding Structured Reality Program. In 2017, they were selected by Habitat for Humanity in recognition of their Habitat for Humanity’s vision of a world where everyone can now get a decent place to live.

Net Worth, Salary & Earnings of Drew Scott in 2021

Drew Scott has been active in his career for a considerable amount of time and has accumulated an estimated net worth of $120 million as of 2021. Together with his brother, they started a real estate company which have funded a lot of projects. He has also earned his wealth from the Scott Brothers Entertainment. He has also earned huge amounts from his acting career.

Drew and his twin brother Jonathan, has played a major role in helping people realize their home dreams. They are very popular for their show, Property Brothers. They have also been successful after cooperating to stat Scott Brothers Entertainment. They create a sense of humor in their fans according to the way they carry themselves in public. 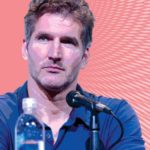 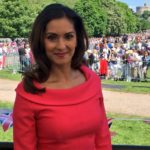