During the early 21st century, Rafael Nadal emerged as one of the game’s promising competitors in lawn tennis. He was mainly known for his performance on clay. His titles include 13 French Open championships and is thus known as the King of Clay. He was honored with 20 men’s singles Grand Slams which holds a record.

Rafael Nadal’s skill playing gained him the title “King of Clay” and made him popular among his fans. He started his training when he only three years old and turned pro at 15. Both his uncles were very much into sports, which gave Nadal an innate talent in football and Tennis. But he chose Tennis and pursued it.

He took part in tennis championships at the junior level, and with ‘ATP’ tournaments, moved on to professional Tennis. Rafael was a right-hander but his uncle Toni trained him to play with his left hand. He won several tournaments and gained expertise in the game before he was 12 years old. He had started playing professional Tennis before he was 15.

Even though Rafi started training at an early of 3 and never got the chance to experience good high school and college, he was awarded Doctoral Degree by the European University of Madrid.

Nadal was born in the small city of Manacor, in Mallorca, Spain. His uncle Toni coached him since the age of 3, and the two only parted ways in 2016. Afterward, Nadal appointed Carlos Moya as his coach. Rafa’s uncle Toni Nadal advised him a charge to play left-handed, as he believed that would give Rafa an essential benefit on the court. Coming from a sporting family, athleticism runs in Nadal’s genes.

Toni was a tennis professional in his youth, and Rafa’s other uncle Miguel Angel Nadal played professional football, even representing FC Barcelona. Nadal himself is an ardent football fan, being a devoted supporter of Real Madrid FC. After dating girlfriend Xisca Perello since 2005, Nadal confirmed that they got engaged in January 2019. They got married in October 2019.

Nadal isn’t gay and has been in a happy and healthy relationship with his girlfriend Xisca Perelló, since 2015, and later in the year 2019, they got married in a royal manner.

Young Nadal was introduced to the professional world at the age of 15. He had already turned pro and competed in two tournaments in the ITF junior circuit. He was handed over his first ATP cup in April 2002, with Rank No.762. Nadal got to the Wimbledon Boy’s Singles tournament semifinals at the age of 16. Nadal won over rivals, the US, in the Davies Cup in the same year.

Nadal ended Federer’s Reign as No. 1. In the 2008 Beijing Olympics, he went on to win the Olympic Gold. He is compared to tennis legends such as Roger Federer and Novak Djokovic when it comes to the field. He has also defeated them several times in his career, and thus, is considered as the King of Clay since he won many French Open Titles in his career.

Following are the awards Rafael received in his entire career span:

86 Career Titles, 20 Grand Slam Singles titles, 13 French Open titles, 1 Australian Open Title, 4 US Open titles, 2 Wimbledon titles, 35 Masters 1000 titles, and 3 Grand Slams in a single year on three different surfaces. Even though these records may look ordinary to anyone, but these are beyond extraordinary for any tennis player.

Nadal has made his name prominent amongst the most celebrated tennis players in its history. As of 2021, Rafael Nadal’s net worth is around $220 million. Other than sports, he has personal business ventures which add up to his wealth. He owns a tennis academy, the Rafa Nadal Academy.

He also owns the Tatel restaurant chain. The restaurant has been established in places like Madrid, Miami, and Ibiza. Rafael Nadal’s career has boosted him to own as much as $122,905,214 as of October 2020. This is the third-highest prize amount owned by any tennis player in its history. His salary as of 2021, is $14 Million and will increase very soon.

Rafael Nadal is naturally talented, with an impassioned interest in sports. His stunts and tricks on the clay court have received much appreciation and seen him receive many wins. With 86 career titles, he is hailed as the “King of Clay.” Nadal is one of the most eminent and glorious tennis stars of this era. He is creatively original in the sport and will surely add more to his titles in the years to come. 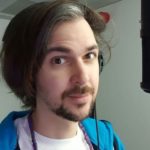