Elizabeth Mitchell, who came to the spotlight because of her role in the series, Lost, which is a drama mystery series, as Juliet Burke which was the lead role is an American actress who played the lead roles in many series such as V, Revolution, Dead of the Summer and many more. She is also seen in many films such as Gia, Frequency, Nurse Betty, The Santa Clause 2, and many more. She has been in this industry since 1992.

Elizabeth Joanna Robertson was born on 27th March 197O in Los Angeles, California, U.S.A. She was born to her mother, Josephine Marian Mitchell. The name of her birth father is not known. Elizabeth later took the surname of her stepfather Joseph Day Mitchell. Her mother and stepfather both are lawyers, and they tied the knot in 1975. Both of them are living in Dallas, Texas, now. Elizabeth has two younger sisters named Kristina Helen Mitchell and Katherine Day Mitchell.

She attended Booker T. Washington High School, a public magnet school, and graduated with a performing and visual arts degree. She then graduated with a degree of Bachelor of Fine Arts in acting from Stephens College. She is also an Alma mater of the British American Drama Academy.

She dated Gary Bakewell, her co-star in the show The Linda McCartney Story in 2000. The couple got engaged after one year of dating but soon broke it off in 2002. She later dated Chris Soldevilla, who is an improvisation actor, and the couple got married in 2004. They bought a house in Bainbridge Island, Washington, and lived thereafter marriage. Mitchell gave birth to her son in 2005. After nine years of marriage, they got a divorce in 2013. After the divorce, Mitchell decided to focus on nature and animals and bought a ranch in Washington.

No, Elizabeth is not a lesbian. She had dated men before and was also married to Chris and even has a son with him.

Mitchell was also a part of the theatre and did six years of theatre work at Dallas Theater Center and Encore Theater. She debuted on TV in 1994 in the soap opera, Loving as Dinah Lee, and worked there till 1995. She also starred in Gia, Frequency, Molly, Nurse Betty, Double Bang, Hollywood Palms, The Santa Clause 2, Running Scared, The Santa Clause 3:The Escape Clause, and in series such as Dangerous Curves, L. A Firefighters, The Sentinel, Comfort, Texas, JAG, Significant Others, Time of Your Life, The Linda McCartney Story, ER, The Beast, Spin City, Man and Boy, CSI: Crime Scene Investigation, Law& Order: Special Victims Unit, The Lyon’s Den, Boston Legal, Everwood, Grammercy Park, House, 3: The Dale Earnhardt Story, Haskett’s Chance.

She got the spotlight for her role as Juliet Burke on Lost in 2006. She played the lead role for three seasons of the show. She then became a part of the series V in 2009, which is a science-fiction television miniseries. After that, she acted in movies and series such as Answers to Nothing, The Purge, What We Found, The Forever Purge, Law & Order: Special Victims Unit, Revolution, Kristin’s Christmas Past, Prosecuting Casey Anthony, Once Upon a Time, Crossing Lines, Gortimer Gibbon’s Life on Normal Street, Dead of Summer, The Expanse, Blindspot, The Christmas Club and The Good Doctor.

She won the Saturn Awards for Best Supporting Actress in Television for her role in Lost in 2008. She was also nominated for the Primetime Emmy Award for Outstanding Guest Actress in a Drama Series for her Lost in 2010; however, she didn’t win that.

Net Worth, Salary & Earnings of Elizabeth Miller in 2021

She has a net worth of $4 million as per the year 2021. She earned this net worth by starring in many movies and series. She earned most of her fame because of her role in the series Lost. She is still working in the film industry, and hence her net worth is increasing. 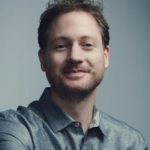 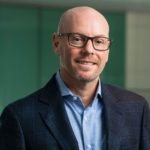