Emilia Clarke is a British actress, most known for her recurring role Daenerys Targaryen in the TV adaptation of George R.R Martin’s book series, Game of Thrones. That role pushed her into the limelight and established her range as an actress. She is also an experienced theatre artist.

Emilia’s full name is Emilia Isobel Euphemia Rose Clarke, and she was born on 23 October 1986. She was born to Peter and Jennifer Clarke. Peter had already dabbled in theater; he handled the sound design in stage plays. Jennifer Clarke is the vice president of the marketing department at a consultancy. Emilia also has an elder brother, whose name is Bennett is also a part of the entertainment industry. Bennett was one of the members of the camera crew in the series Game of Thrones.

She was a student of Rye St Antony School, Headington, as well as St Edward’s School, Oxford. She left the latter in 2005. These were all very sophisticated boarding schools. After school, Clarke did apply to several colleges but faced rejection. She worked until she finally joined Drama Centre London. She graduated from the same in 2009.

Emilia is now living in Islington, London, and also bought a house in Venice Beach, California, worth $4.64 million. Clarke had suffered from subarachnoid hemorrhage and had to go through a surgery. She also went through aphasia and was once incapable of remembering her own name.

The musical Show Boat served as the inspiration for Clarke to take up acting. She was three when she became interested in acting. At the age of ten, Clarke auditioned at West End for Neil Simon’s musical The Goodbye Girl. Emilia Clarke is a big fan of reading and has her own collection.

During the early stage of her career, Clarke began dabbling in stage plays. She did participate in school plays, such as Twelfth Night by William Shakespeare and West Side Story by Arthur Laurents. She joined the Drama school and acted in Sense, a 2009 production. Her first role on camera was a short film titled Drop the Dog. Her debut is usually considered to be Doctors, a British show. She went on to star as Savannah in Triassic Attack in 2010.

Clarke’s most successful role was the character of Khaleesi in the Game of Thrones show. The show ran from 2011-2019, and she was a recurring member of the cast. Her portrayal of Daenerys garnered much praise, after which she went on to star in the movie Me Before You.

Emilia Clarke has been lauded for her incredible performances with several honors. Her name has been nominated for several awards such as the Emmy Awards, the BAFTA Awards, and the Critics’ Choice Awards. For her role of Daenerys Targaryen in Game of Thrones, Emilia was nominated for the Emmy Awards four times! In 2019, her name was included in the Outstanding Lead Actress nominations in a Drama Series in 2019 in the Emmy Awards. However, she lost to Jodie Comer of Killing Eve fame.

Clarke also has many Critics’ Choice nominations to her name, including the most recent one in the year 2018. In 2018 itself, Clarke went on to bag the BAFTA award for British Artist of the Year. The Academy of Motion Picture Arts and Sciences sent her an invitation to join them in 2018. In the following year, the Time magazine included her name amongst their list of the hundred most influential people in 2019.

In the year 2010, Screen International named Clarke amongst their list of UK Stars of Tomorrow because of the character she played in Triassic Attack. Clarke was also awarded with a Shorty Award for her contribution to a video that aimed to make people aware of the Royal College of Nursing as well as her charity SameYou.

Net Worth, Salary & Earnings of Emilia Clarke in 2021

Emilia Clarke’s source of income is her acting career. She has amassed quite a bit during her career. As of 2021, Clarke’s net worth is a whopping $25 million.

Emilia Clarke has one of the most infectious smiles. She was charming as Louisa Clark in Me Before You and won the hearts of all bookworms who had imagined the character in that way. Clarke’s acting in HBO’S Game of Thrones series as Khaleesi, the dragons’ mother, was a powerful performance (we shall not talk about the end of the show!). Judging from her millions of followers on Instagram, it is evident that Clarke’s fans love her. Khaleesi has become a household name, quite literally since a couple named their child the same. 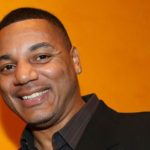 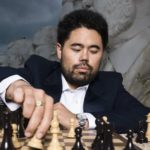