Professional wrestling has become a very popular sport with a long history. Many men and women have taken part in this industry, both inside the ring and outside the ring. Many stars have been created from the in-ring action that takes place, and they vary across many different companies such as WWE, AEW, TNA and even IWGP in Japan.

There are many wrestlers in the industry right now, some of them are even cast as free agents. They are known for performing in independent circuits in locations all over the world. An example of such a stars is Enzo Amore. Enzo is an American professional wrestler who performs in the independent circuit as EnZo. He is best known for his tenure in the WWE under the ring name, Enzo Amore.

Enzo Amore is legally known as Eric Anthony Arndt and was born on the 8th of December, 1986. He was born in Hackensack, New Jersey but grew up in Waldwick, New Jersey.

In Waldwick, New Jersey, He went to Julia A. Traphen School, Crescent School, and Waldwick High School, where he played football. He continued his football career at Division III (NCAA) Salisbury University, where he was a linebacker and also safety for the Sea Gulls from 2007 to 2009. Ultimately, he earned a degree in journalism and worked as a DJ, ticket salesman for the New York Jets, a piano mover and a manager at Hooters.

Before their employment with WWE, Amore had met William Morrissey ten years before reuniting at NXT in July, 2013. Their friendship ended in August 2017 when Amore publicly criticized him for not finishing their August 21 match after injuring his knee. To date, the two are friends after they reconciled.

In 2018, Amore was facing some sexual assault charges that were reported to the Phoenix Police Department. For this, he was suspended for violating the WWE’s policy against such matters. Later on, he was fired from the WWE after a woman reported that he raped her at a hotel room.

Before wrestling for the WWE, Amore was trained a lot for ten years by Joe DeFranco. Before choosing the ring name Enzo Amore, he went with the name, Eric Anthony. He had his first match in 2013 with Mason Ryan. Unfortunately for him, he didn’t win the match, but this did not keep him down. He partnered with Colin Cassidy in the dame year and used a number of different names, the most popular one being Enzo and Big Cass, the most real guys in the room.

In November of 2013, things took a negative turn for him, he broke his leg and had to be on bed rest for about seven months. He returned in 2014 and together with Big Cass, they competed together for the NXT Tag Team Championship which they did not win. Later on, they took part in a fatal four-way match at NXT TakeOver.

The duo debuted on the main roster of Raw in April 2016. At this time, they took on some of the best tag teams of the WWE at the time. They secured victories over The Dudley Boyz, The Ascension, and many others. Unfortunately, at a Pay-Per-View event in May 2016, Amore got a deep concussion and remained unconscious on the floor.

He had to be taken to a local medical facility immediately but was discharged soon after. After being released from the WWE, he embarked on a music career as a rapper. He released his first song, Phoenix on May 28, 2018. His second single is called Bury Me a G and also released an album called Rosemary’s Baby Pt. 1.

Amore has had a good career so far as a professional wrestler. During his tenure at the WWE, Amore was awarded the NXT Year-End Award for Tag Team of the Year in 2015 and won two WWE Cruiserweight championships. In 2016, he was ranked number 10 of the 10 best WWE wrestlers in 2016 with Big Cass by Rolling Stone.

So far, Amore has had a splendid career as a professional wrestler. He has quite a good tenure with the WWE and is also doing quite well in the independent circuit. With the money that he has made by wrestling and also selling his merchandise, Amore has an estimated net worth of $300 thousand as of 2021.

Enzo Amore is quite a good professional wrestler with a lot of better days coming his way. He has quite a number of fans who love how he does what he does and we all hope that he’ll keep wrestling for a long time. 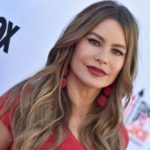 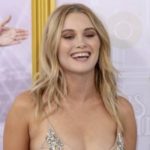