Erika Costell is a singer who has released many singles. She is also an internet personality and has amassed more than 4.48 million subscribers on YouTube. Costell started her career at a young age and has also appeared in many videos.

Erika Michaelann Costell was born on November 19, 1992, in Toledo, Ohio. She is the daughter of Denis Costell and Angel Michele and was raised along with 12 other siblings. Following the divorce of her parents, her mother later got remarried to Dan Sheehan. She shares a good relationship with her stepfather and has never discussed her biological father. Her half-siblings are Morgan Sheehan, JC Sheehan, and Dani Sheehan.

She has been to the Bedford High School located in Michigan. During her school days, she was a cheerleader. Following this, she went to the Middle Tennessee State University to major in business administration. However, she dropped out before the final semester for having a career in modeling.

According to reports, Erika Costell is currently single. However, she was previously in a relationship with boxer and YouTuber Jake Paul. She is still very young and we can expect her to see along with the man of her life soon.

Although Erik Costell is single, to call her lesbian will be unfair. She is very much interested in men and was previously in a relationship with a guy. Her sexual orientation is straight.

At just 16 years old, Erika Costell started modeling. She was ten singed to DAN Talent Group and Wilhelmina International. In 2015, she started working for Team 10 of Jake Paul. Later, she was named as the COO of Team 10. In 2018, she left Team 10 for having an independent career. In the beginning, she was managed by Larry Murdock. Costell has also done a modeling campaign for Calvin Klein. She has also come up with her own record label called BIA Entertainment.

On the musical front, her debut single entitled “Jerika” was released in 2017. This was during her relationship with Jake Paul. The following year, she released many non-album singles including “Chitty Bang”. Her other singles include “Not Her”, “Don’t Worry”, “No Roof”, “Thots Not Feelings”, “Dynamite”, and “Queen”. Costell has also released an extended play called Don’t Worry in 2019. Costell rose to fame after becoming a professional YouTube artist. In 2017, Costell came up with her own YouTube channel and post music videos, reaction videos as well as vlogs.

In 2018, Erika Costell won the Teen Choice Award in the category of “Music Web Star”. At the 11th Annual Shorty Awards, she received a nomination for the Vlogger of the Year.

Net Worth, Salary & Earnings of Erika Costell in 2021

As of 2021, The estimated net worth of Erika Costell is $400 thousand. She made this money by active in multiple professions. She started her career at a young age and started to work as a model. Costell was managed by many agencies and has done modeling for many brands. She is also a YouTube artist, and her videos have over 152.6 million.

She is successful enough to have over 4.48 million subscribers. Costell is very talented, and she is also a singer. She has successfully released many singles along with an EP. Erika Costell is very young and can surely increase her net worth. At a young age, she started her own record label called BIA Entertainment.

One can learn a lot of things from Erika Costell. She serves as an inspiration to youngsters and has been acting in many endeavors. She dropped out of college only to have a better opportunity. Costell is still very young, and we can expect to see a lot from her in the coming days. 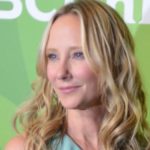 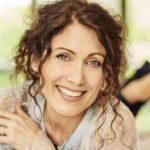