Eva Gaëlle Green was born on 6th July 1980 in Paris, France, to Walter Green and Marlène Jobert. Eva Green is a very famous and successful actress. She is a wonderful and charming woman who has achieved a lot of success. She is pretty famous for her role as a Bond girl in the James Bond superhit, “Casino Royal.” She has also portrayed plenty of complex characters with finesse.

She is pretty acknowledged for her role of Sibylla, Queen of Jerusalem, in the very famous and successful movie the Kingdom of Heaven. Although currently, she doesn’t play a lot of roles in film, as she doesn’t like the way a movie is being made in Hollywood. She demands a better script more than anything else.

Eva Green is a very successful woman, but before being an actress, she had a past that was filled with surprises. Eva Green was born in Paris, France. Her family was filled with actors and actresses. Her mother herself is a tremendous actress in Hollywood. She never wanted Eva to become an actress, as she feared that her child wouldn’t be able to handle all that.

Although later, she started supporting her. Eva developed an interest in acting after watching Isabelle Adjani in the movie named The Story of Adele H. Eva has learned work from several places, and she was good at it. Eve has a fraternal twin sister named Joy Green. Eva was born just two minutes before her twin sister.

Eva Green first went to the America School of Paris. It was an English language school, and she completed her schooling from there. Later she started learning acting from the St. Paul Drama School. After, she got her graduation degree from the American University of Paris. Eva Green was good in her studies as well as in acting.

Eve Green hasn’t shared a lot of details about her relationship. She has described herself as a nerdy kind of girl. She doesn’t like to go to parties or clubs. She prefers her time alone, relaxing in front of a bone fire, with a wine and book. She describes herself as a very dull person.

And to cover up her nerdy face, she has chosen acting. By means of acting, she is able to wear a mask of someone else’s. She is pretty wild and fiery when it comes to acting, but she is just the polar opposite when it comes to real life. Eva has often said that she is a timid woman, and sexual roles are nothing but paradoxical for her.

Once Harvey Weinstein tried to take advantage of Eva Green, but she pushed him back. It all happened in between a business meeting. They were alone together, and all this happened. Eva has shown her disregard for all this. She also expressed that she wants to do theatres again. The story of theatres is more exciting and engaging, as compared to the Studio rules Hollywood.

Eva Green hasn’t shared anything about her personal life. Also, she hasn’t said anything about her being a lesbian. Eva is a timid and nerdy kind of girl; that’s why she doesn’t interact a lot with many. She loves to stay at home, reading a book and doing nothing.

So we can conclude that Eva Green is not a lesbian; she is a straight woman.

Eva Green has started her career with theatres and stage shows. She still prefers theatres over Hollywood, as the stories in theatres are way better than Hollywood’s.

Her debut in Hollywood came in 2003 when she featured in the movie named The Dreamers. She performed exceptionally in the film. Although few scenes of the movie were just too harsh for her, she accepted that with brilliance. Later, Eva Green got recognized hugely for her exceptional performance as Sibylla, Queen of Jerusalem, in the movie named the Kingdom of Heaven.

The film has given her career a boost, and in no time, she was seen in the James Bond movie Casino Royale. She was exceptional there too, which has won her few awards too. After that, Eva has done plenty of other movies too. She likes to perform all those dark roles, as it expresses her pure skills. She is just the polar opposite of her characters in the movie.

Eve is currently thinking of joining theatres again, as she can’t handle Hollywood anymore. She wants to do something which pleases her.

Eva Green is a wonderful and successful woman. She is one of a kind, beautiful with a brain. She has played in many movies and television series and has won plenty of awards and accolades. Eva has won The Best Newcomer Award for her performance in Casino Royale. She also won the Rising Star Award from the British Academy Film’s, again for her exceptional work in Casino Royale. Eva Green has a few other nominations and awards under her sleeve.

Eva Green has earned a lot of money and fandom from her career. She is a brilliant actress, and she does every role wholeheartedly. She brings everything in her character, which is the reason for her success. Eva Green is not a regular in Hollywood, as she is a timid girl. She hasn’t done a lot of movies, but most of them are super hit. She has earned a net worth of $10 million as of 2021.

Eva Green is a phenomenal woman and an exceptional actress. She has achieved a lot of success in her career till now. Despite being so shy and introverted, when it comes to acting, she had never failed to give 100%. She has a brief history with theatres, and she again wants to make a comeback in it.

We expect her to keep doing movies and television series and keep us all entertained. She is a beautiful personality, and she has a long future up ahead. 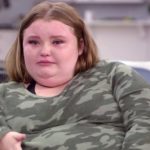 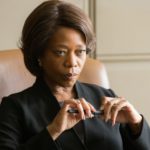