Football is not for the most educated or for the richest or strongest, but it is all about talent. If you are not a talented player, no matter how hard you try, it might not be enough. Ezekiel Elliot is an American professional football player that plays in the National Football League (NFL), Dallas Cowboys as a running back. He has established himself in the game and has made a tremendous impact in the NFL to become one of its rated superstars.

Ezekiel Elliott was born on July 22, 1995, in Alton Illinois to his parents Dawn and Stacy Elliot. He was brought up in Illinois together with his siblings Aaliyah Elliot and Lailah Elliot. His parents were athletic, his father was a CEO of the fifth down enterprises and also on those days was a linebacker for the Missouri football team.

Moreover, his mother was a state champion in three sports in high school, and also a former Dawn Huff. This went further to the extended family where his maternal grandfather used to play basketball for Drake University. He grew up in a sporty family and it came without a surprise that he would develop a love for sports.

Despite Ezekiel having a career in sports his parents also acknowledged that academic education is equally important. He enrolled in the John Burroughs School which was in Ladue Missouri.  He was involved in sports and became a star in baseball, football, basketball, and track. For the John Burroughs bombers football team, he played as their running back.

He was named as the St. Louis post-dispatch offensive player in 2012 while still in his junior years. During his senior years, he led his football team to three championship games but unfortunately lost in all three.  He went to Ohio State University, and he continued to play and in 2014 he took over as the starter for the Buckeyes after Hyde departed to NFL.

Being a young enthusiast he has not had a lot of experience in his dating life. However, his latest encounter in dating brought him a sour taste in his mouth.  He had a girlfriend by the name of Tiffany Thompson, we do not know the cause of the misunderstanding between them, but we know that he was accused of domestic violence in 2016 that caused him to be suspended for six games of the 2017 NFL season.

Ezekiel has since returned to the dating scene again this time it is alleged that he is dating Halle Woodard. They have been spotted at family events together however, we are still waiting for their official communication to announce the good news.

We might not be certain about his status, but we know Ezekiel Elliot may be straight. He has had two girlfriends in the recent past. However, we may not have any basis to claim that he is gay.

While pursuing his studies at the Ohio State University he still was playing professional football and representing his school. He even won both the Fiesta bowl championship in 2015 and the national championship in the year 2014. By this time he had progressed in the game to the point of being named unanimous  All-Big ten in 2015 and became the big ten running back of the year and big ten offensive players of the year.

He also won the Archie griffin award and James E Sullivan awards during the college years for the second-team all-American. in 2016 Ezekiel was signed by the NFL  Dallas Cowboys.  He was signed to a contract worth $24.9 million with a bonus worth $16.3 million. His performance at the rookie season and is team reached the playoff but sadly lost to the Green Bay Packers. He played his first season opener against the New York Giants.

Being a young player Ezekiel has against all odds played his way to the top. He has received several accolades under his name. In 2016, he was named two times NTL FedEx ground running back of the week. In October 2016 he was named by the NFL as the offensive player of the week and the Castrol edge clutch performer of the week (week 10). He has also been a four times Pepsi NFL Rookie of the week.

Net Worth, Salary & Earnings of Ezekiel Elliott in 2021

Ezekiel has ripped big time from his football professionalism. He has had a good record of signing contracts that have significantly contributed to his overall net worth, not forgetting the bonuses he earns off his salary. As of 2021, Ezekiel is estimated to have a net worth of $30 million and will definitely take an upward turn as he continues to play.

Ezekiel has been in the sport for 5 years, and he is destined for greatness. His young, determined and enthusiastic spirit will take him to greater heights in his career. 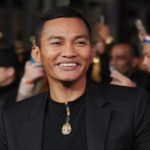 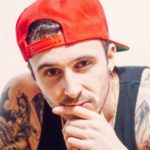