Fat Joe, or rather Joseph Antonio Cartagena, was born on 19th August 1970 in South Bronx, New York, United States, to Earnesto Delgado and Marie Cartagena. Joseph got his name Fat Joe because of his appearance as he was quite fat. He is a renowned rapper and actor in America. He has been in several rap groups or squads. He is the C.E.O. of an organization that is originally a recording label, Terror Squad Entertainment.

Fat Joe’s childhood was not the most pleasant one as his family was financially unstable. They used to live in forest houses in South Bronx. He began stealing from his childhood to help his family. His children were very tough, and because of that, he became a bully. He used to do all sorts of wrong deeds, but his intention was never bad. He just wanted to help his family.

His life changed when he was introduced to hip-hop music by his brother Andre. He was quite lucky that he has a brother like Andre.

Well, we don’t have any knowledge about his school and college. Fat Joe’s childhood was difficult, and he spent a major part is his childhood in disguise. Although he went to a school in South Bronx, the name of that school is not clear.

Fat Joe is a happily married man who is living his life happily. He is married to Lorena Cartagena, with whom he has three children too. They currently live in Miami.

Fat Joe was once very fat. His weight was around 300 pounds in 1996. He has suffered a lot because of his weight. In 2011, he surprised everyone with his efforts of weight loss. He lost around 88 pounds, and he made a music video on his struggles for losing weight. Fat Joe has said in an interview that he could lose that much weight because of his diet. He left rice, bread, and all sorts of high-carb foods, and he used to only focus on low-carb diets like sweet potato and salads.

Although Fat Joe is not gay, he always stated that those who are gay should not be ashamed of it. They don’t need to hide it from everyone as if this a curse or something.

Fat Joe has been involved in multiple community works; he has supported his school by giving them computers. He has also helped many like, once he went to the opening ceremony of a shop created for the youth to provide them with some quality time.

Though Fat Joe’s earlier life tells a story pretty different from what we have seen above, he was a bully in his childhood and has also been sentenced to imprisonment because of assaulting an older man and stealing his money.

Fat Joe has been guilty of tax charges too. He has been penalized for the tax fraud of $3 million from 2007 to 2010. He was sent to jail for four months because of his deeds.

Fat Joe is a married man and a proud father of three children, so it’s not possible that he can be gay. However, he has always shown his support to gay because he always feels that being gay doesn’t make you any different. He always wanted them to say who they are and live life normally.

Fat Joe started his career in 1993 with the release of his debut solo album, Represent. One of the album’s songs, Flow Joe, has reached the second spot in Billboard’s hot rap song list. One of his most famous and popular albums is Jealous Ones Still Envy (J.O.S.E.), released in 2001. The album went on to be a massive blockbuster and has gained huge success. The album was rated platinum by R.I.A.A. It was quite a phenomenal achievement.

Fat Joe has also acted in few movies like; Scary Movie 3, Happy Feet, etc. He has done a web series named She Gotta Have It, which was released on Netflix.

He opened a podcast of his in 2018 with the name Coca Vision. He invited celebrities and asked questions about family, friends, and other kinds of stuff related to entertainment.

Fat Joe has won multiple awards for his music and songs. His first award was ASCAP Rhythm and Sole Music Awards in 2005. He had also won Billboards Latin Music Awards in 2006. His name was nominated for four Grammy Awards, but he failed to win any.

As of 2021, Fat Joe has a net worth of $6 million. He has earned most of his wealth from his songs and albums. Some of his songs have reached on top of the Billboard chart too. He is an actor, but he hasn’t gained enough appreciation for acting. He is still going strong in his music, and he has recently released another album of his, and we expect it to be a super hit.

Fat Joe’s childhood was very difficult, and because of that, he has faced multiple criminal charges and has spent few days in jail. He accepted that he was a bully in his childhood.

Fat Joe was fat in the 90s, but he has worked extremely hard, and now he is fit and healthy. He created a song for his efforts in losing weight.

In conclusion, Fat Joe is a phenomenal singer and rapper who has grown significantly. He has made his name in the music industry, and many people nowadays admire him. His rap and music are quite different from others which makes him special. Despite all the challenges of his childhood, he became a sensation. He is an acknowledged person now, and many people follow him. Nowadays, he is living his life with his kids and wife and enjoying every moment of it. 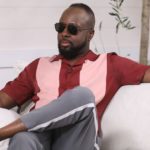 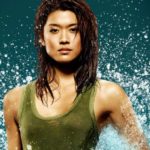