Florence Henderson was an American actress, producer, voiceover artist, and singer who is best known for appearing as Carol Brady on the ABC sitcom The Brady Bunch. She also appeared in shows and movies like Dancing with the Stars, Bad Grandmas, Trophy Wife, K.C. Undercover, Ladies of the House, Loonatics Unleashed, Fifty Shades of Black, The King of Queens, Roseanne, Murder, She Wrote, A Very Brady Christmas, Little Women, Song of Norway, and For Heaven’s Sake.

On November 24, 2016, Florence Henderson died of heart failure at the age of 82 at Cedars-Sinai Medical Center in Los Angeles, California, United States.

Florence Henderson attended St. Francis Academy in Owensboro, Kentucky from where she graduated in 1951. She later got enrolled at the American Academy of Dramatic Arts and was an Alumna Initiate of the Alpha Chi chapter of Delta Zeta sorority. 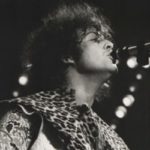 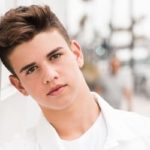