Florence Welch is a British rock musician whose professional career started around 2006. Her best work has been with the Florence and the Machine band which she formed in 2007with her Friend Isabella Summers. The band has been one of the most successful in the UK with their three albums topping in the UK Albums Chart.

Since the bands’ formation, the band has sold millions of copies worldwide. Welch is the group’s songwriter and lead vocalist. According to her, musicians like Alanis Morissette and Grace Slick have been big influence in her musical journey and refers to them as heroes.

Welch was born Florence Leontine Mary on 28th August 1986 in London, England. Her dad Nick Russell Welch is and advertising executive while her mother Evelyn Welch is one of the UK’S best scholars and currently works King’s College London as Renaissance studies professor. With her mother being of American ancestry, Welch is a British citizen and American citizen through her mother.

Welch grew up with her maternal grandmother who always encouraged her to pursue music after noticing she had a talent in music. In Welch’s words, her grandmother inspired several of her songs in her first album with Florence and Machine. Her parents’ marriage didn’t last long as they divorced when she was just 13 years. Surprisingly, her mother ended up marrying Peter Openshaw the next door neighbor leaving more questions than answers.

Being Born in London, she attended Thomas’s London Day School before joining Alleyn’s School. Academically, Welch was a bright student but always got herself in trouble with school administration by singing too loud when performing with the school choir. She also loved literature despite her diagnosis with mild dyslexia and dyspraxia. She loved reading and music and as she narrated, she used reading to hide as she was very shy and sensitive.

When she was a teenager, Welch developed an eating disorder which she struggled with for a long time. This led her to start drinking and eventually started doing drugs. This went on for a long time and most of her songs reflects on these struggles.

She sees herself as an introvert and is always shy when around people she doesn’t know. When it comes to her struggles, she has opened about her many struggles with depression and alcoholism. In one of her performances in 2015 she broke her foot while on stage.

After she revealed she had to drink every time she is about to get on stage. Apart from her struggles with alcoholism and depression, much of her private life is not known. She has dated several high profile people but the relationships haven’t worked. Currently, she is said to be dating Felix White.

Felix is not known to be gay as all the relationships she has had are all with people of the opposite gender. Nevertheless, there has been rumors of her being gay. These rumors have been fuelled by the fact that she is the number one supporter of LGBT rights. During her concerts, she regularly waives LGBTQ flag in support of the same-sex marriages.

Since school days, Welch was always into music but professionally, she started singing in 2006. This is when together with her friend Isabella, they started the Florence & the Machine band. The band’s first album was released on 6th July 2009 and the album instantly became a hit picking at number one in UK. On 31st October, the band released their second album Ceremonials which also made its debut in UK Albums Chart at number one.

In 2015, they released their third album which just like the first two was a hit but this time in many countries like Canada, Australia and even US. The album has three Grammy nominations so far. The band’s current album High as Hope which is its fourth was released in 20018. Apart from her work with the band, Welch has also appeared alongside other musicians like Calvin Harris in his 2012 song Sweet Nothing.

Since 2009, Welch has been nominated for several awards including Grammy Awards. Her first win came in 2009 when she won Critics Choice Award in Brit Awards. Her other notable win came in 2013 when she won a NME Award through Calvin Harris’s song Sweet Nothing that she featured. In 2017, she won an individual award with Ivor Novello Awards in the International Achievement category. On nominations, she has been nominated numerous times.

Net Worth, Salary & Earnings of Florence Welch in 2021

With more than a decade in the music industry where she has done exemplary well, Welch has earned a fortune through music. Her music with Florence and the Machine has done well internationally where they have so far sold millions of copies. As of 2021, she is estimated to worth around $30 million.

Most successful celebrities has so far been ruined by alcohol and drugs and some have even lost their lives. For Welch, it was no difference after trying to fight her eating disorder through alcohol. This only complicated things with her becoming an addict. Luckily, she has been bold even to accept she has a problem and seek help which has saved her and her career. 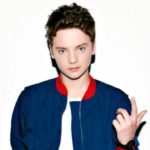 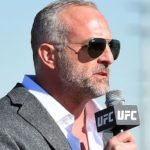