Internationally recognized for his post-modern designs, Frank Gehry is a world-class architect. His most popular design includes the Walt Disney Concert Hall which is based in Lost Angeles. Frank is well recognized due to his use of bold shapes and weird fabrications.

He first gained recognition after he remodeled his family house which is based in Los Angeles. The design of his family home earned him a reputation in the architectural world. Due to his unique designs, he started getting house design jobs frequently by the 1980s.

Frank Gehry was born on February 28, 1929. He was originally named Frank Owen Goldberg by his parents but he changed the name to Frank Gehry to avoid anti-Semitism. He is the child of Sadie Thelma and Irving Goldberg. Frank and his sister Doreen were raised in the small mining town of Timmins.

Frank’s creativity was notable from an early age as he started by building imaginary homes and cities with scraps from his grandfather’s hardware store. While he was young, he used to spend time drawing together with his father. He claims that his mother introduced him to the world of art and was also the most supportive of his talent and ambitions.

Frank moved to Los Angeles in 1949 in pursuit of higher education. He attended the University Of Southern California School Of Architecture. During his University life, he did different odd jobs to sustain his stay at the institution. It was also during this period that he changed his surname to Gehry. He eventually graduated and in 1956 he moved to Massachusetts to enroll at Harvard Graduate School of Design. Later on, he decided to drop out of Harvard.

In 1952, Gehry married his first wife, Anita Snyder. Anita was a Stenographer and was very helpful during his university years. Anita and Frank were married for 16 years and as a result of the union, they had two children, Brina and Leslie. Later in 1975, he married his current wife, Berta Isabel Aguilera. In their union, they gave birth to two children Samuel and Alejandro. Typical of most Canadians, Frank is a staunch fan of Ice Hockey. He even began a hockey league in his office. In 2004, he designed the World Cup of Hockey trophy.

As far as sexual orientation is concerned, Frank is straight. He has been married twice to two different women. In both relationships, he has two children. He is currently happily married to Berta Isabel.

After dropping out of Harvard, he relocated to California where he launched his company Easy Edges cardboard furniture line. The furniture was made from layers of corrugated cardboard. The company ran for 10 years between 1963 and 1973. Later on, he remodeled his house using money he had earned from the easy edges company.

His unique design launched his architectural career to new levels. Without further ado, architectural students started flocking his house as they studied the model. In the 1980’s he began designing homes in California regularly.

As his works became more popular, he started designing more high-class buildings. His grander works include the Walt Disney Concert Gall and the Dancing House in Prague among others. His designs have become tourist attractions of their own. In 2011, he returned to the U.S where he launched his first skyscraper named 8 Spruce Street in New York City. In China, he designed the Opus Hong Kong tower.

Gehry is well known for his use of weird materials. His use of corrugated metal as one of his signature materials leaves an unfinished and stylish touch. Critics of Gehry’s designs claim that his designs are for the super-rich and are not considerate of the climatic and weather conditions of the area. Despite his rather ambitious designs, he is known for his strict following of budget. Currently, he is involved in the building of the new Guggenheim facility in Abu Dhabi and the new Facebook Headquarters.

Among his numerous accomplishments, he was the recipient of the highly coveted Pritzker Prize in 1989. The award is normally given to living architects. In 2016, he was given the Presidential Medal of Freedom by President Barack Obama. In 2019, he was inducted in Canada’s Walk of Fame, and in 2020 he was awarded the Paez Medal of Art.

As of 2021, Frank Gehry has a net worth of $110 million. His main source of income is his architectural endeavors. He was once a furniture Guru but his love for architecture led him to quit the field. His 10-year stint in the industry got him enough money to fund the remodeling of his house. He has participated in mega projects worth millions and has made appearances in Apple advertisements and some TV shows. These as well have brought him income.

Being an architectural Guru, Frank has risen from driving trucks and working in radio stations to sustain his university life. He is a better example of how people who live to follow their dreams and ambitions make it in life. Frank is recognized as one of the most creative architects in the world. 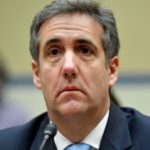 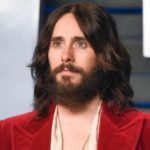